The word krausen, pronounced (kroy-zen), is thrown around by brewers often, but it actually serves two functions, which mean relatively different things.

First, there is the noun version of this German word, which refers to the foamy top of beer once it has reached peak fermentation.

Second, there is the verb version of the word, which means to bottle condition beer using peak fermenting beer. 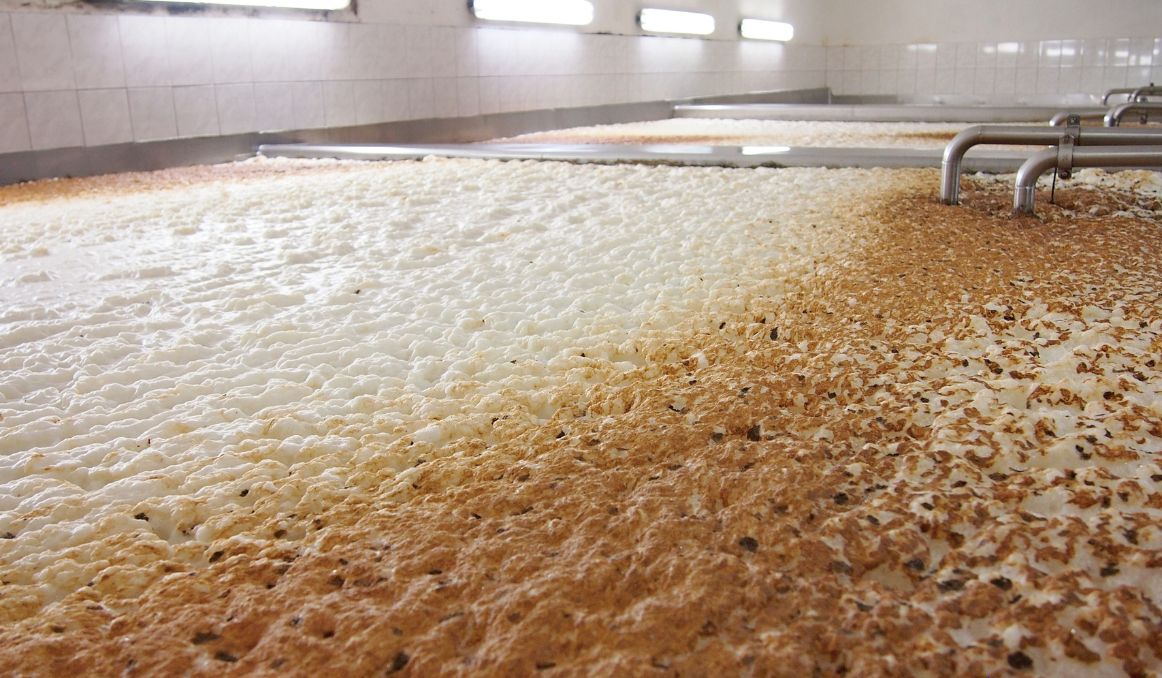 First, we look at the noun, the easier way to understand krausen.

For as long as brewers have been brewing, they have been watching for krausen.

It is the most important part of the fermentation process and is important to watch for, perhaps now more than ever, as many brewers are using closed tanks that could be greatly affected by a raucous krausen.

You see, everything is calm in beer making at first. The grain is malted, or roasted or “kilned.” The grain is cracked or ground. Then the grain is “crushed,” or “mashed in,” meaning it is added to water to boil and steep.

During that steeping process, all the sugars in the grain, created during the malting process and exposed thanks to the cracking process, are released into the hot water, kind of like grain tea, if you will.

As the liquid, now known as “wort” is cooled, brewers will decided to add hops now, for dry hopping, if they did not add hops with the grain for the original boil.

Typically, yeast will get to work right away, bubbling at first, and doing what is referred to as “burping,” or releasing gasses, which usually happens within the first 12 hours of pitching yeast. Shortly after, usually within 24 hours, you will notice it is foaming like crazy, and this foaming can last anywhere from one to two weeks. This process is called the krausening.

You know you have happy, live, and active yeast if you develop a nice foamy krausen.

Be prepared to be patient, though, as the krausening can happen very quickly, or it could take much longer, all depending on the particular strain of yeast you are pitching.

As krausening is the part of the fermentation process that creates both alcohol and carbon dioxide, you will notice a lot of air and foam being released, and in some cases, the krausen could cause a blowout, which is to say so much pressure builds up in your tank that it overflows the tank, and sometimes even breaks the tank entirely, spilling your lovely wort all over.

So be sure to leave enough headspace in your tank for your krausen to fully develop and release pressure.

Some brewers will use a length of plastic tubing to the airlock to allow the pressure to release.

Once the krausen “crashes” or “falls,” which means that foamy top goes away, you know fermentation is complete, which is why it is critical to keep an eye on your krausen.

Then, of course, there is the verb form of the word krausen, which means to bottle condition your beer.

Bottle conditioning is an age-old practice begun in Germany, which explains the origin of the word.

It allows brewers to carbonate their beer, smooth out and improve flavor, and even age it for months or even years.

To krausen beer, brewers simply take their fully fermented and racked beer and add actively krausening beer to it. 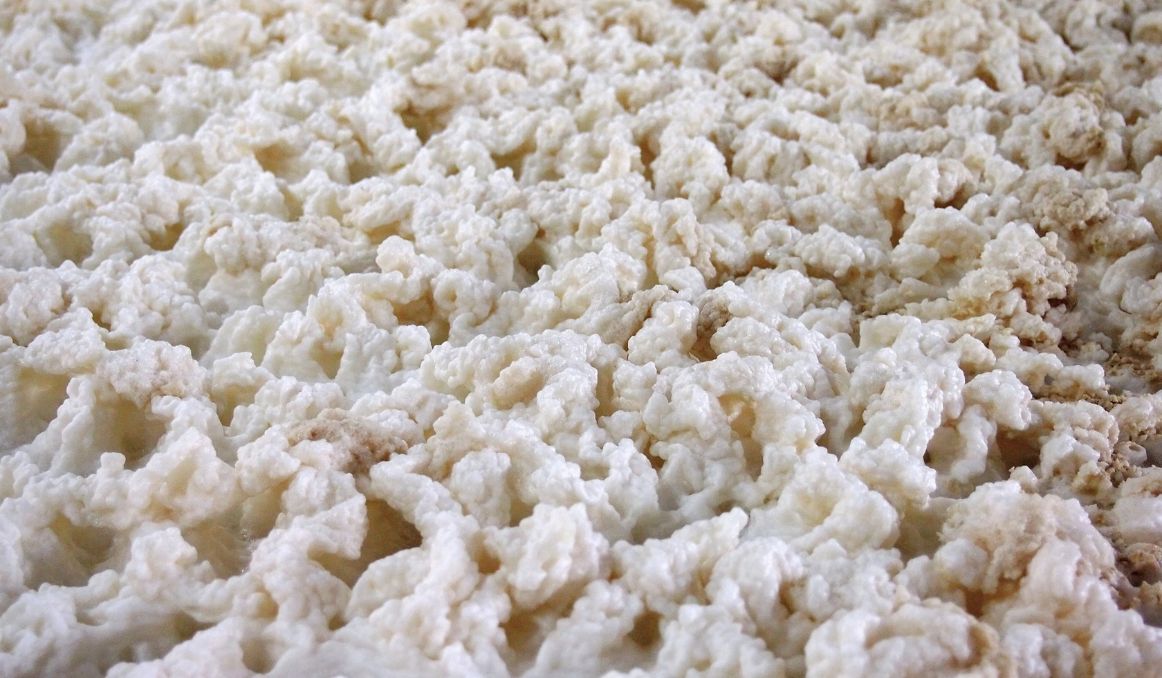 Because fully fermented and racked beers have typically lost most of their carbonation, krausening beer reintroduces beer that is still fully carbonated. The combination of the two will provide a mellow carbonation.

Originally, krausening was used on lagers as the yeast goes dormant at the much lower temperatures, but it has also been used on wheat beers. In both cases, it reinvigorates the beer.

A happy side effect of this reinvigoration is that that the freshly added yeast from the krausening beer will get into the fully fermented beer and clean up any leftover byproducts of lager fermentations, like diacetyl and acetaldehyde, which can add off flavors and aromas to an otherwise magnificent brew. Of course, during a secondary racking, given enough time, the existing dormant yeast would have eventually fulfilled this cleaning process, but bottle conditioning speeds that cleanup right along.

Further, krausening is also done to increase hop presence in a fully fermented beer. After secondary racking, especially if the hops were added during the boil, the beer may not emit strong hop flavor and aroma and instead may have lost bitterness. Adding freshly krausening beer and then bottling or kegging it, you add those hop flavors and aromas right back in and capture them in their finest moments.

Finally, some brewers will krausen their beer in order to help higher gravity beers fully attenuate. By the end of your fermentation, some of your yeast will be dying off and get consumed by the still living yeast, slowing down fermentation until it comes to a stop.

Adding freshly krausening beer also adds in fresh and still highly activated yeast, which will help fully dry out and clean out your brew.

So, how do you krausen your beer?

The general rule of thumb is to increase your existing volume by 20%. For example, if you had 100 liters of fully fermented beer, you would add 20 liters of krausening beer.

To get this actively krausening beer, in case you don’t have a batch going, you can simply reserve some of your existing batch while it is active krausening in a sanitized container, put a lid on it, and put it in the refrigerator, where it will halt all activity, go dormant, and wait to be awakened.

Then, when your existing batch is completely fermented and you are ready to bottle condition, take your reserve out of the fridge and oxygenate it, allowing it to come back to live and get active again.

Ensure both batches are at fermentation temperature, at which point your reserve will return to krausening, and then pitch your krausening beer into your batch and either keg it or bottle it.

Passionate about the beer and/or wine making process? If you’re interested in finding out how you can use our technology to control fermentation and monitor your yeast, save work hours and improve the cost-efficiency of your business, drop us a line at info@oculyze.net or check out the product pages (for beer or wine):