“The price of malted barley is up in the US!” This common headline has been making its way across America, and American craft brewers, and other brewers who use American grain, are paying close attention. A price increase in this essential ingredient (most brewers use barley to make their beer) can dramatically affect the bottom line of profits and revenue, especially for small craft brewers honing their flavor profiles.

Thus, the question begs to be answered: what, after all, is malt? What does “malted” mean?

And why is it such a big deal in brewing?

Sugar, Alcohol, and the Fermentation Process

When making beer, the very first step is to add your grain to water, commonly called “mashing in.” However, you do not actually just add some grain to water. Your grain is almost always malted first. After the grain is harvested, it enters a process of malting, which is one of steeping, germinating, roasting, and kilning. This extensive step by step procedure changes the chemical compounds of the grain. As grain is malted, enzymes are released that convert the starch in the grain to sugar. That sugar is what feeds the yeast in the next part of the brewing process, which creates the fermentation, which of course leads to carbonation and alcohol content. Brewers buy their grain already malted and ready to mash in.

Any Grain Can Be Malted

And while any grain can technically be malted, from wheat to corn to the tiniest seed, it is barley that is primarily used for beer (hence the stress over malted barley prices rising). 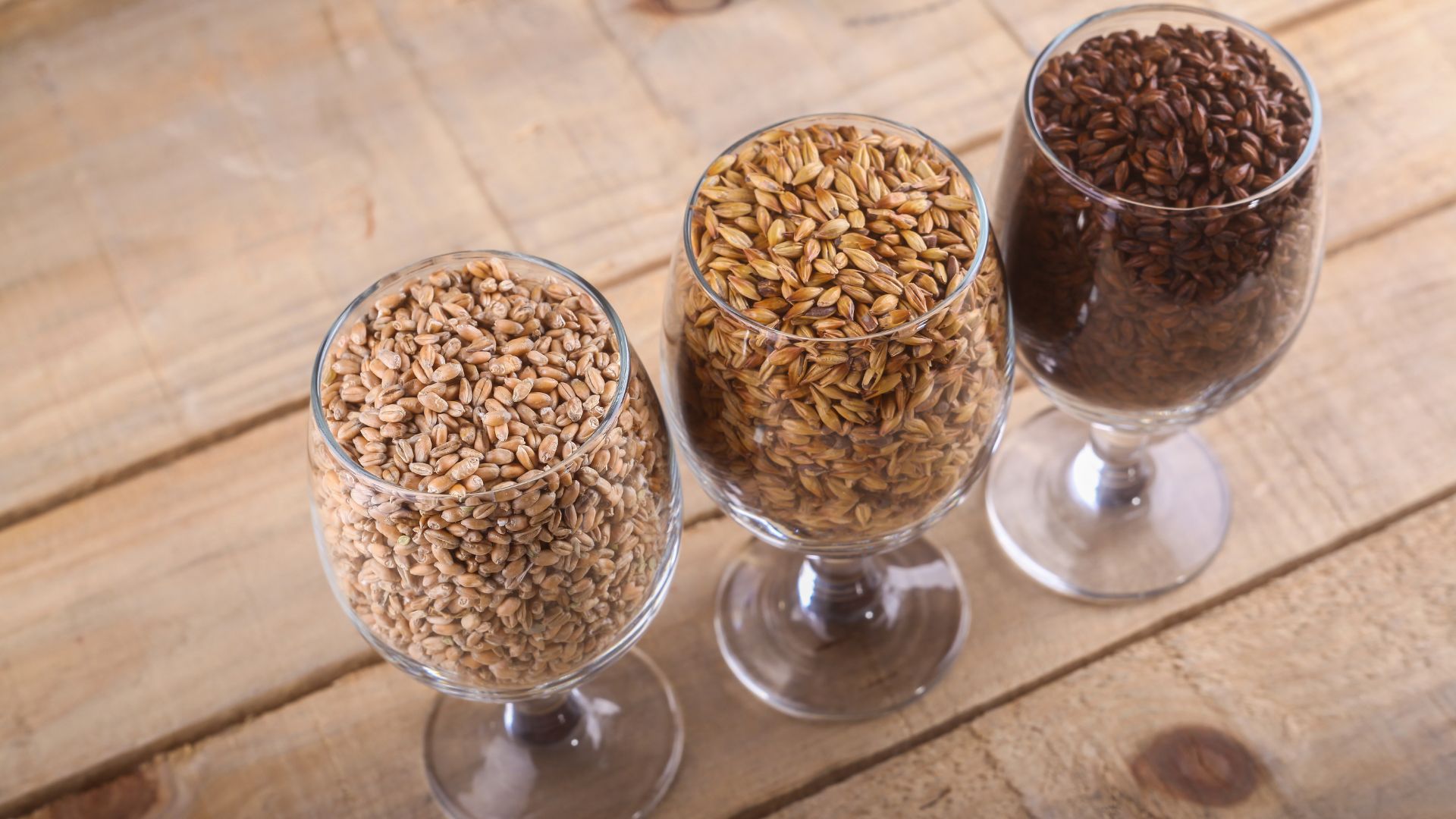 Still, there is also a rise of dietary changes across the world, which has led to changes in the grains used by different craft brewers. With the increase in gluten free products, you will also find gluten free beer, which does not allow for barley or wheat. Instead, those beers are made with grains like sorghum, rice, and millet, all of which can be malted in order to allow easier release of sugar for fermentation.

It is also helpful to note that different levels of malting exist. Indeed, a few select beers include grains that are not malted at all, to add a different flavor profile to the beer. The levels of malting change the color of the grain, which then affects the color of the beer. Thus, when you see a lighter, “amber” colored beer, it is because the malted grain has been roasted lightly. A darker, caramel colored beer has malted grain that has been roasted a bit more, and the super dark, chocolate-colored beers have malted grains that have been roasted to their fullest extent.

It is not only the color that is affected by the malting process. The roasting/kilning steps also lead to changes in flavor. Most of what you taste in beer, from the sweetness to the chocolatey nuttiness is attributable to the malt of the grain.

With pale beer, you will taste crisp, light, and refreshing notes. It is a very mild flavor that is typically a crowd pleaser. The grain is only lightly roasted, and the heating process is stopped early on into the malt.

With a more caramel colored beer, you will notice a deeper, richer texture as you drink. These beers are a step up from the palest ales and are introductory to the darkest of beers, which are beloved only by a select few. The malting is stopped before it gets to full roast.

The dark brown, chocolate colored beers are your stouts and your porters. They borderline taste like black coffee, cold. It takes a refined palette to favor these much darker roasted malts, but once you’re hooked, you’re hooked on this flavor for life. You might even find yourself now favoring dark chocolate, deep red wine, and darker coffee roasts.

A Note on Single Malt, Double Malt, and Whiskey

Now, another area where you may hear of the malting process is in the production of whiskey.

Whiskey is Distilled Beer… Kind of

In the production of whiskey, you take all the same steps as you would with beer – water and malt, add hops and yeast – but then you distill it and age it, creating a seemingly entirely different beverage. But not that different, right?

The aging process then adds yet another level of complexity to the flavor profile of the beverage, making it almost impossible to identify the relationship between beer and whiskey.