Today, beer is not beer without hops. Brewers around the world even attend festivals to ensure they find the hops perfect for their preferred brew.

But what even are hops? When did they come into beer fashion? And what does dry hopped mean in brewing? 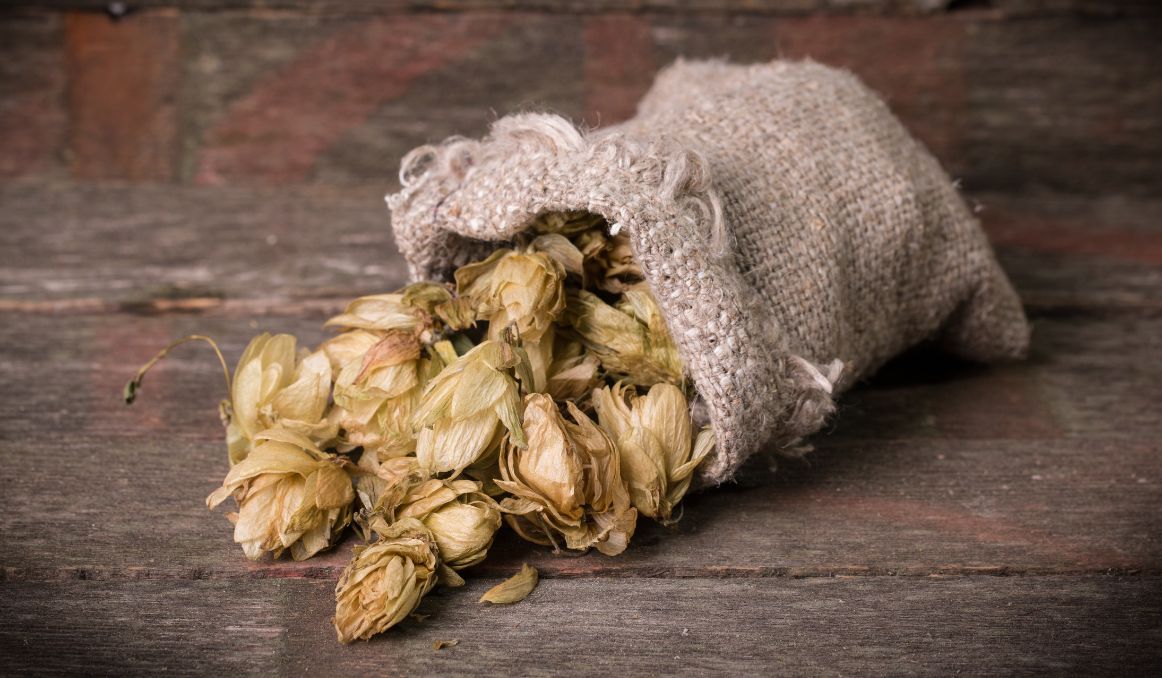 Before there Were Hops

Beer is as old as human civilization, or at least close in age. Anthropologists trace it back to at least the 5th century BC in what is known today as Iran. Beer made its way to Egypt and over to Greece, and then spread across the western world.

But it was not until the 800s CE that hops were added to beer.

What were we using before that?

You see, herbs have long been a part of human civilization. Long before we had antibiotics and pharmaceuticals, there were wise shamans and healers in every village that knew the medicinal properties of plants and food.

As long as we have coexisted with plants, we have been learning how to use them to our benefit, how to grow them forage for them, and harvest them.

Beer, in fact, was a happy accident as a result of harvesting grain.

What began as grain left out in the rain and fermenting to make an early ale, grew to become a widely cherished staple at every meal.

Ale was merely another version of gruel, a thin oat or barley liquid, except that this one was fermented and filtered, offering a euphoric effect with the nutritional and probiotic benefits to boot.

But slowly, brewers learned to malt their grain, making it sweeter, as roasting or “kilning” grains converts the starches inside to sugars.

Then, after cracking the grain, the ale would have been much more alcoholic as the yeast that ferments would have had access to many more sugars.

But now we had a new problem – ale that was far too sweet.

To cut down on this sweetness, brewers began adding a mixture of bittering herbs – bog myrtle, horehound, elderflowers, and yarrow, among others. That mixture of herbs simply came to be known as “gruit,” the German word for herbs.

The benefits of these herbs would have been well-known at the time. Yarrow has long been used to treat ulcers and digestive issues. Bog myrtle is good for sensitive skin issues. Horehound is traditionally used for bloating and gas as well as liver and gallbladder complaints.

The mixture was a huge hit among brewers across the world, and different brewers drew on different bittering herbs to add complexity to their beers and cut down on sweetness.

Until a group of Bavarian monks decided to employ a single plant in their batch – hops.

The hop plant, a vine like herb with flowering cones grows natively in temperate climates, preferring plenty of water and warmth, and we can find them everywhere from New Zealand and Germany to China and North America.

Many brewers today flock to the Pacific Northwest in the US to test and purchase the hops grown there.

The cones in the hops plant contain tiny yellow seeds inside them called lupulin, and it is those seeds that brewers are after for their rich, aromatic, and flavorful content. The variety of hops range from tropical fruit to freshly mown grass, and brewers today take their hops cultivation very seriously.

But it took hundreds of years for hops to become the standard ingredient in beer.

Realize that it had been more than a thousand years that brewers had to perfect their gruit recipes and brewing processes. It would never be a matter of simply switching to hops.

Indeed, many brewers attacked hops growers and others who tried to push hops as the new herb for beer.

It was not until the 1500s in England, almost one thousand years after its introduction as an option for bitterness in beer, that hops were legally defined as a beer ingredient.

And even once hops were universally welcomed and used in beer, the question of when to add the hops struck its own controversy, though it was one not quite so filled with strife and violence.

When to hop and what does dry hopped mean? 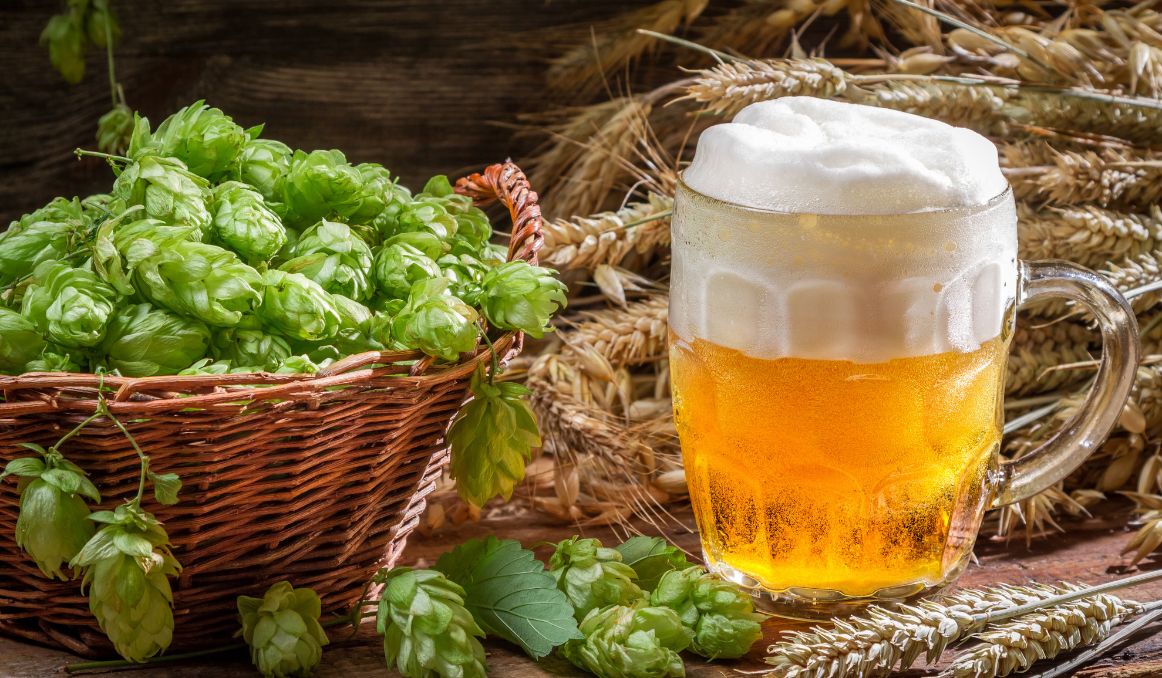 Anyone who has ever brewed tea knows that steep time matters.

When you make ginger or turmeric tea, you must boil the ginger for 20 to 30 minutes to fully extract the root properties.

When you brew ashwagandha tea, you steep the root for 10 minutes in hot water.

But when you make a simple loose leaf tea like chamomile or lavender, you only have to steep the herbs for 3 or 4 minutes. Any longer and you risk bitterness.

The same goes for adding herbs to a dish while cooking. The later you add the herbs to a sauce or stew, soup or casserole, the more likely you are to pick up the flavor and aroma of those herbs. The longer they sit in the cooking dish, the more likely their flavors will simply blend in with the rest of the complex flavors involved.

This same concept applies to beer.

The earlier you add hops, like during the original kettle boil, the more bitterness you are likely to add to the beer as the hops will be sitting and steeping for longer in the brew.

The later you add the hops, the more likely you are to pick up on the unique and individual flavors and aromas of that particular strain of hops.

Thus, dry hopping is the latter, adding hops to the brew later in the fermentation process, once the wort has cooled. This way, the consumer will pick up the floral or fruity scents and tones of the hops without extra bitterness from a boil and long steep.

Brewers today will dry hop with the crushed cone plants, with pellets, or with powder, all depending on their preferred end result in terms of complexity and emphasis on notes versus bitterness.

And don’t forget to have fun while exploring.

Passionate about the beer and/or wine making process? So are we! If you’re interested in finding out how you can use our technology to control fermentation and monitor your yeast, save work hours and improve the cost-efficiency of your business, drop us a line at info@oculyze.net or check out the product pages (for beer or wine):