It is rare in most parts for people to refer to wheat beer as the first that comes to mind.

Indeed, we even make sure to say “wheat beer” when speaking of it, placing the “wheat” at the front as a qualifier. It’s simply not like other beers.

Witbier, one of the many forms of wheat beer, is no exception.

What Is Wheat Beer? 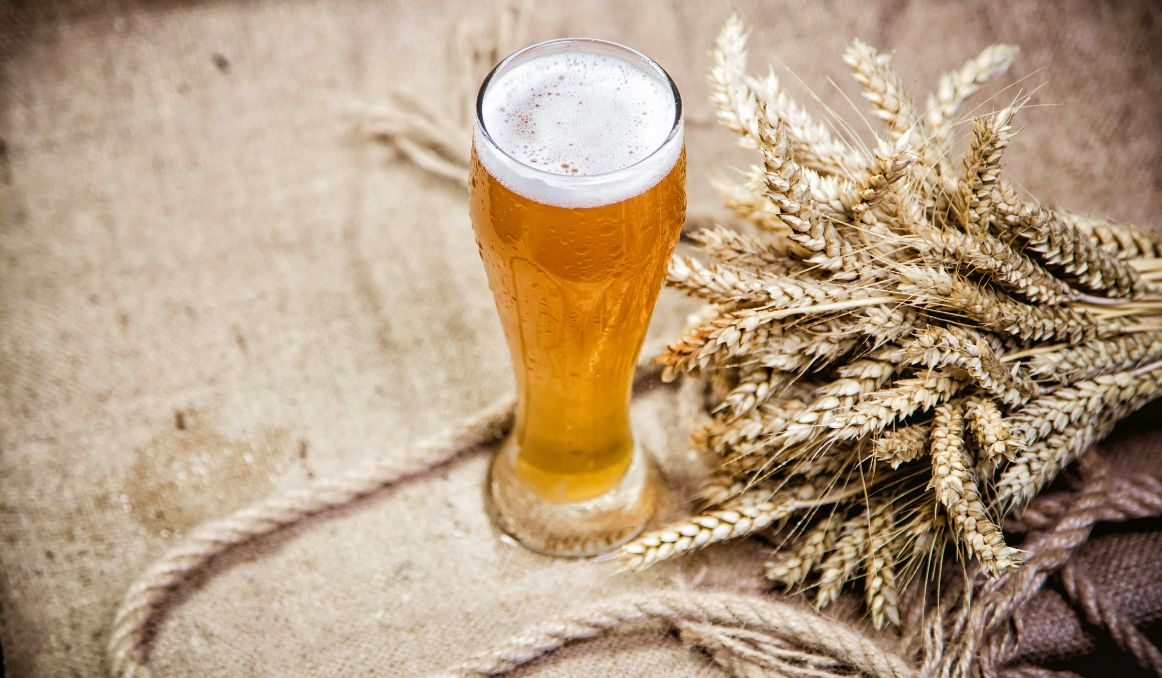 Wheat beer is a contrast to barley beer, which we often just call “beer.”

The process for making wheat beer is much the same, with a few exceptions.

Wheat can be malted but it does not have to be. The wheat is then cracked or ground to expose the sugars inside.

Quite often, malted barley is also added to the mix. A wheat beer is commonly defined as having more than 50% wheat as the grain.

The wheat, or wheat and barley mixture, is then boiled and steeped. In wheat beer, very few hops are added as bitterness is not a desired flavor in this much lighter, brighter, and even slightly sweeter brew.

The liquid mixture is steeped together and then drained. The resulting liquid is now referred to as wort.

To the wort, yeast is added, which begins the fermentation process.

Wheat beer is a top fermenting beer, which makes it an ale, fermenting more quickly and at warmer temperatures.

Wheat has much more protein than barley, which leads to an increase in the haze/cloud effect in the beer, which is likely why it became less popular with the rise of industrialization and the demand for “perfectly clear” beer.

The History of Wheat Beer

Wheat beer likely rose in popularity as a product of accessibility.

It is thought that wheat beers came into popularity around the 14th century.

It is also interesting to note that most brewers for the first few thousands of years of brewing were women. As they made their way from the kitchen to the fermentation tanks, they would have, of course, thought nothing of swapping wheat for barley, or vice versa, or mixing the two together.

Eventually, beers became separated into “white beers” and “brown beers” largely based on the difference between the coloring of malted barley beer and wheat beer, which did not always call for malting.

Wheat beer is much lighter and cloudier barley beer, so it was natural to add other herbs and fruit flavors to the mix, making it a crisper and more refreshing beer overall.

Overtime, wheat beer has come to be paired with summer activities.

When industrialization took over beer production and large corporations homogenized the brewing process, hazy, cloudy beers were undesirable as the general sentiment was that cloudy meant toxic.

Wheat beers largely fell out of favor, and barley based beers took the spotlight.

What Is a Witbier? 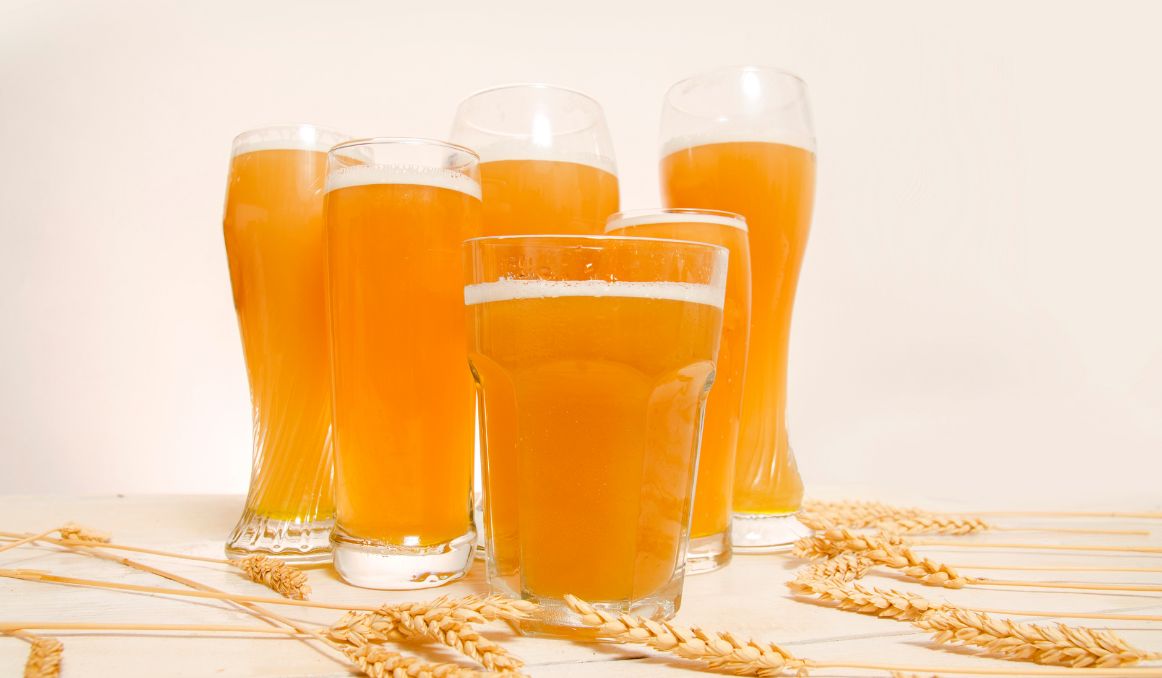 Witbier is a strain of wheat beer out of Belgium. The word witbier simply means “white beer,” and refers to the wheat beer made in that specific area, originally Leuven, in Belgium. White beer is a reference to the fact that it is not brown, or made with barley.

What differentiates witbier from other wheat beers, and makes it specific to the region, is the addition of coriander seeds. It has also been made traditionally a bit sour, due to the addition of the wild yeast “bret.”

The most popular witbier was developed by a company out of Belgium, near Leuven, called Hoegaarden, after the town in which it was located.

By the 19th century, Hoegaarden had expanded its reach to almost 40 breweries across Europe and came to be known for its rustic, super white beer.

Hoegaarden fell out of favor after World War 1 and the near annihilation of Belgium as a country. After still another war, by 1957, Hoegaarden closed its doors altogether.

Fortunately, one of the men who had worked in the last Hoegaarden brewery reopened the brewery more than a decade later. Pierre Celis helped bring witbier, and wheat beers, back into favor throughout the 1970s and 1980s. And in 1985, when his brewery sadly burned down, Anheuser Busch, now AB Inbev, bought the Hoegaarden brand and began marketing this crisp summer drink across the world.

Witbier Alive and Well and Updated

Today, most witbiers are made without “bret,” so they are not sour. They are also made with the addition of orange peel, which seems to be an American update.

Witbiers are now brewed and sold around the world, and have gained a tremendous following in the United States as one of the best wheat beers to love, especially on warm summer days in the beer garden.

All current models are derived from Pierre Celis’ version of Hoegaarden witbier, including those made by New Belgium Fat Tire Belgian White, Canada’s Unibroue’s Blanche de Chambly, and Allagash White from Portland, Maine, among others.

In the end, if you have not tried, or tried to brew, a wheat beer, it is worth giving a shot. While it may take a bit more time and patience to brew up this protein rich strain, it is certainly worth experimenting.

Especially with the increased demand for hazy and cloudy beers, wheat beer is a great place to start, and witbier specifically can be fun to explore as you can play around with herbs and fruits as additions to your wort.

You may even want to sneak in some “bret” and see what the original witbier was all about.