There are a number of documented phenomena which can cause a winemaker to awake from their slumber in a pool of sweat – spring frosts, hail, late rains, wind, fire and phylloxera to name a few.

However, there is something which can be just as devastating which has very little to do with the weather. It strikes when the juice is at its most vulnerable and can cause irreparable damage to the quality of the resultant wine. I speak, of course, of stuck and sluggish fermentations.

This problem can seemingly strike at random, reducing the quality of wine anywhere in the world. Shockingly, this chronic problem affects on average, 20% of wine fermentations globally¹.

It can occur for a number of reasons including:

It is incredibly frustrating for any winery to have a stuck or sluggish fermentation, particularly when you consider the resources, labor and effort which go into just producing the grape juice. For it to all go wrong at fermentation is heart breaking – for this to be a reality for 20% of the world’s wine fermentations is an unnecessary travesty.

How to identify a stuck or sluggish fermentation?

Traditionally, most winemakers have had to rely on the plateauing of their sugar density to identify stuck or sluggish fermentations. Unfortunately, by the time this trend is evident, it is normally too late to properly rectify the situation – the damage to quality has already occurred.

A complex chemical analysis of the components of the grape juice can assist winemakers avoid stuck or sluggish fermentations. Unfortunately, this expensive analysis is outside the realm for most wineries (UC Davis source).

Oculyze FW’s new “Fermentation Tracking” feature was designed specifically with this in mind. The automated yeast counting system helps winemakers monitor their yeast from the start to the finish of fermentation. Any downturn in yeast numbers and viability will become evident to the winemaker. Here are some examples of common and problematic fermentations. 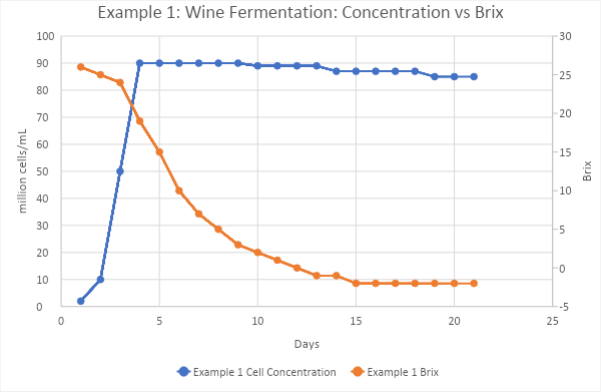 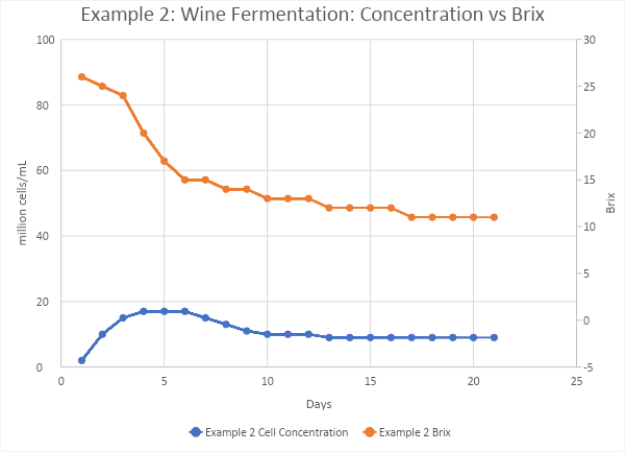 Example two is quite concerning. You can see an initial exponential increase of yeast at the start of fermentation with the sugar decreasing in a predictable manner. However, you can see that by day 5, the yeast concentration has stagnated. The sugar continued to decrease for a time, until it too plateaued. By this stage, this tank of wine has dropped in quality. Sadly, there is nothing the winemaker can do to resurrect the batch. This wine will either have to be blended into other wines (reducing the quality), sold at a cheaper price (impacting the winery’s reputation), sold to another winery (large loss of capital) or dumped (total loss of capital).

Here is a comparison between the two cell concentration curves. The yeast reveal problems quite early on. 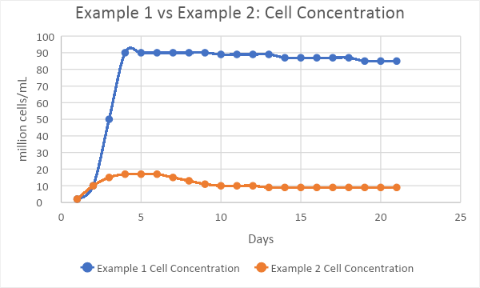 Here are the two examples, demonstrating their drop in Brix. As you can see, both sugar densities drop predictably, even though example 2 is inevitably problematic. 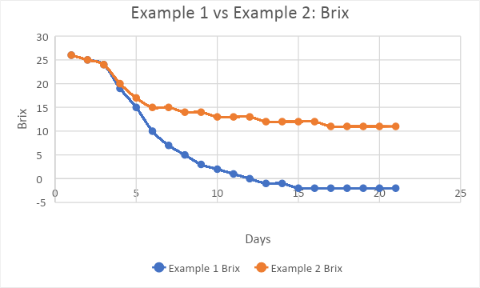 Summary
The canary in the fermentation tank is the yeast, so tracking it, is important. This can be easily achieved with Oculyze FW which is fast, accurate and affordable, and also able to be operated with ease by an intern. Unlike other automated cell counters, Oculyze FW recognizes and considers budding cells and also has a fermentation tracking feature which plots a graph of your yeast concentration against your sugar density.

For more information on Oculyze FW, drop us a line at info@oculyze.net