Once you get into drinking beer, there is just something so appealing about it. You find yourself craving beer. It calls to you when you least expect it.

And you find yourself wondering: “why do I like to drink beer?”

Well, a number of reasons may actually exist that explain your craving and your love for this fermented beverage.

And much of it begins with our ancestors. 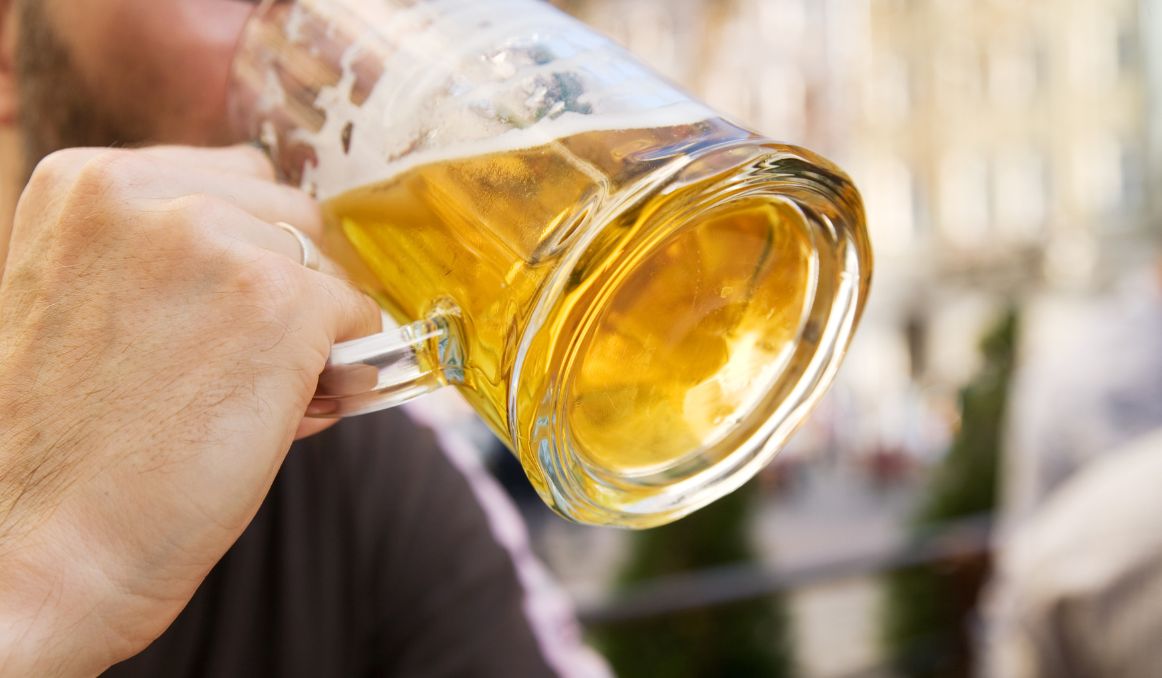 The History of Humans and Beer

Beer has been a friendly companion to humans for several thousand years. The first actual proof we have is on cave walls from Sumerians from about 4,000 years ago, so it has likely been around for even longer than that.

The most common theory is that, as women have long been the gatherers and the cooks in human civilizations, it was likely a woman who discovered, or invented, and probably also perfected, beer.

Picture it: she was out gathering grain for her family, perhaps for unleavened bread or to grind for a type of cereal, and she was called away by one of her children or her husband, or another member of the tribe.

She put her basket down, and it began to rain.

Perhaps the basket was left out in the rain for days. The woman may have forgotten about it.

In that time, wild yeast collected on the wet, and by now soggy, grain, fermenting the liquid, converting all the starches to alcohol and carbon dioxide, creating a type of ale.

By the time the woman got back to her grain basket, she would have found what remained: the makings for bread dough, and ale.

The realization comes quickly that this ale is much healthier than water, given it is nutrient rich, thanks to the grain, and it is free of contaminants found in natural water sources, thanks to the alcohol.

From there, it is only a matter of practice, and the idea for beer and rising bread dough spreads like wildfire.

Here, we have a ton of clues as to why you like to drink beer.

Why Do I Like to Drink Beer: Top 5 Reasons

By now scientists know with a fair certainty that we inherit many of our tastes from our ancestors. Those who came before us, from whom we physically descended, pass down more than just eye color, height, and hair texture. They also pass down their sensory delights and proclivities.

So, you find yourself asking “why do I like beer, but not liquor?” It’s your dad’s fault. Or your mom’s. Or someone else, or indeed everyone else, in your family line. If you come from a long line of beer drinkers, it is not a stretch to imagine that you will be a beer drinker as well.

So many activities are tied to drinking beer, especially in America. You can’t go to a baseball game without seeing vendors walking the aisles with freshly poured beer in cups for the fans. Same goes for Sunday football games. They just go with beer. It’s a rare occasion to find people taking tequila shots or making white Russians at a sporting event.

It also could just be the culture of your friends and family. You all get together and meet at a pub. Everyone orders a beer. It’s that simple. Beer is less likely to get you falling down drunk than hard liquor will, and you have never quite graduated to hanging out at wine bars.

There also exists a strong case for any craving that you are deficient in some particular nutrient that beer provides you. And as beer is indeed nutrient rich, it is not hard to believe this one.

Beer contains minerals and vitamins that include potassium, calcium, thiamine, iron, and zinc as well as B vitamins. You may be drinking beer because, well, it’s just good for you.

Then there’s the short, sweet, simple answer. You enjoy the way beer tastes. Perhaps you tried your first beer at an impressionable age, and you found a true love for the taste of a light wheat beer or a hoppy ale. Now you find yourself craving that taste on hot days, on a Friday night after work, or at a Sunday barbecue. You just love it the way some people love chocolate cake or strawberries.

And finally, it is possible that you just like the buzz. Beer has a very low alcohol content among its cousins, wine and liquor, so it can be nice to get a gentle euphoric sense from drinking a beer or two with friends or alone while you cook dinner or catch a game. For many people, it calms their nerves and settles them down at the end of the day, and there is nothing wrong with that.

In the end, it is also highly likely that you like to drink beer for many reasons, a combo of any two, three, or four of the reasons above.

Perhaps it is social, but you also like the taste, and you could also use a nice relaxing buzz on a Friday night after a long work week.