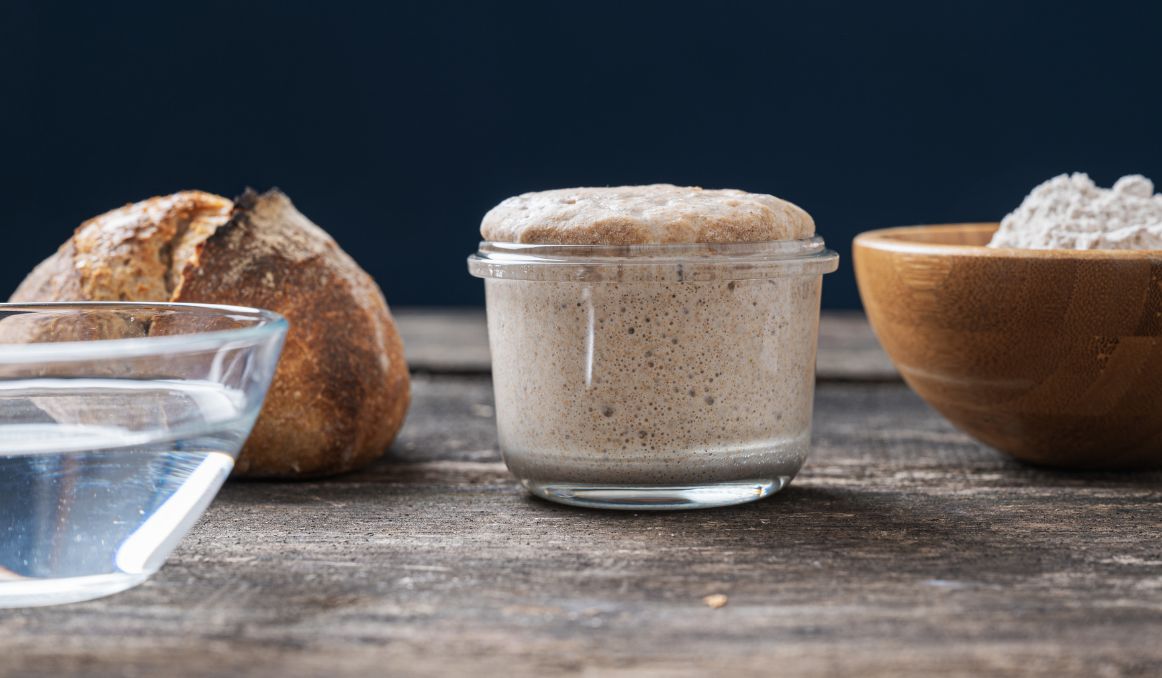 A single celled, eukaryotic organism, yeast is a fungus. Fungus, as far as science tells us, has been around since nearly the beginning of life on earth. Indeed, it was the first life form on earth.

Imagine a time when all of life was just various forms of fungi.

And all yeast needs to grow and survive is water and some form of carbohydrate. That’s it, and they’re happy.

Wild yeasts have thrived on this planet for millions of years, and they are everywhere, all around us, living in our homes, on our skin, in our food and drink, you name it.

Long before we knew any of this, however, humans were using yeast, unbeknownst to them, to make breads and ales, to preserve some foods, and to ferment other foods.

Indeed, it was only in the 1800s when scientist Louis Pasteur discovered that yeast was the active ingredient in beer, wine, and other alcohols, as well as in breads and other fermented foods.

From there, we discovered how the process works.

In food and drink, yeast is attracted to a combination of sugar and starch. Once the yeast finds the sugar and starch in food, it roots itself in, consumes all that sugar and starch, and converts it (typically) to alcohol, carbon dioxide, and hundreds of other micronutrients. This process is what we call fermentation.

But it also does so much more than merely fermenting our food and drink and making those foods and drinks even possible.

It adds flavor, aroma, and texture to our food and drink as well.

The History of Yeast in Food and Drink

One of the most fascinating stories around the discovery of the power of yeast is that it almost certainly revolved around women.

Women have been the primary forces around all cooking, baking, and beverage making in the home since pretty much the beginning of human civilization.

It was women who gathered grain, women who prepared unleavened bread, who mixed drinks for the family, and so on.

Thus, it stand to reason that a woman discovered that letting unleavened bread sit out overnight saw it rise the next day.

It also stands to reason that a woman gathered grain, perhaps got distracted, left her grain basket or bucket sitting outside to tend to other matters, and then that bucket got rained on. Maybe that bucket even sat for several days.

Never one to waste food or drink, the woman would have served the soaked grain, and even served the runoff grain rainwater to her family.

Lo and behold, the liquid had a euphoric effect on the family, and the beginning of ale was born.

It is not difficult to imagine that women then became the preparers of both bread and beer in the households, that the tradition transferred to nobility and to the church, where the process was refined.

Ah, the powers of domestic duties when pressed to make use of what women had on hand.

Today, thanks to Louis Pasteur and the many scientists who came after him, we understand the exact role yeast plays in the fermentation process in bread.

Just like with beer, you mix all of the ingredients together. Unlike in beer, there is no boiling or steeping necessary to release sugars. The sugars and starches are already on full display in your bread dough.

Once you’ve mixed all ingredients together, usually a combination flour, salt, olive oil, water, and your yeast starter, you’ll form the dough into a ball and put it in a bowl, covering the bowl with plastic wrap or a damp kitchen towel. You’re going to keep your bowl in a room temperature of about 68 to 70 degrees Fahrenheit.

Your goal here is to create an ideal environment for the yeast to ferment.

Over the next hours your yeast will do its job.

Does yeast ferment in bread?

How Does Bread Fermentation Work?

Just like in beer and wine, the yeast gets to work consuming all of the starches and sugars in the bread and converts them to alcohol and carbon dioxide, along with hundreds of micronutrients, if it’s alcoholic fermentation, or lactic acid, acetic acid and CO2 if it’s lactic fermentation.

Remember, carbon dioxide makes bubbles in beer and wine. It is a gas. This gas is what causes your bread to expand, or “rise.”

Why don’t you get drunk off bread?

During the baking process, most of the alcohol content is heated up and released from the bread, though you will find many breads do still retain a very small amount of alcohol.

Can brewer’s yeast be used for baking bread?

Yes! In the world of brewing and baking, yeast is yeast is yeast. While it will have slightly different effects in terms of color, flavor and texture, and even length of time to ferment, you can use pretty much any yeast to brew or to bake.

The trick, as with any product you are making, is consistency.

While you are in the experimentation phase, play with different yeasts and see which once works best for you and your purposes.

Remember, long before there was brewer’s yeast and baker’s yeast, there was just the age old “wild yeast” that bakers and brewers alike had to rely on to get the job done.

You cannot get it wrong. You can only get what you want or not what you want, and much of that discovery comes with exploration and patience.