But that does not really explain anything, does it?

Also read: How Much Yeast to Add for Bottle Conditioning Beer 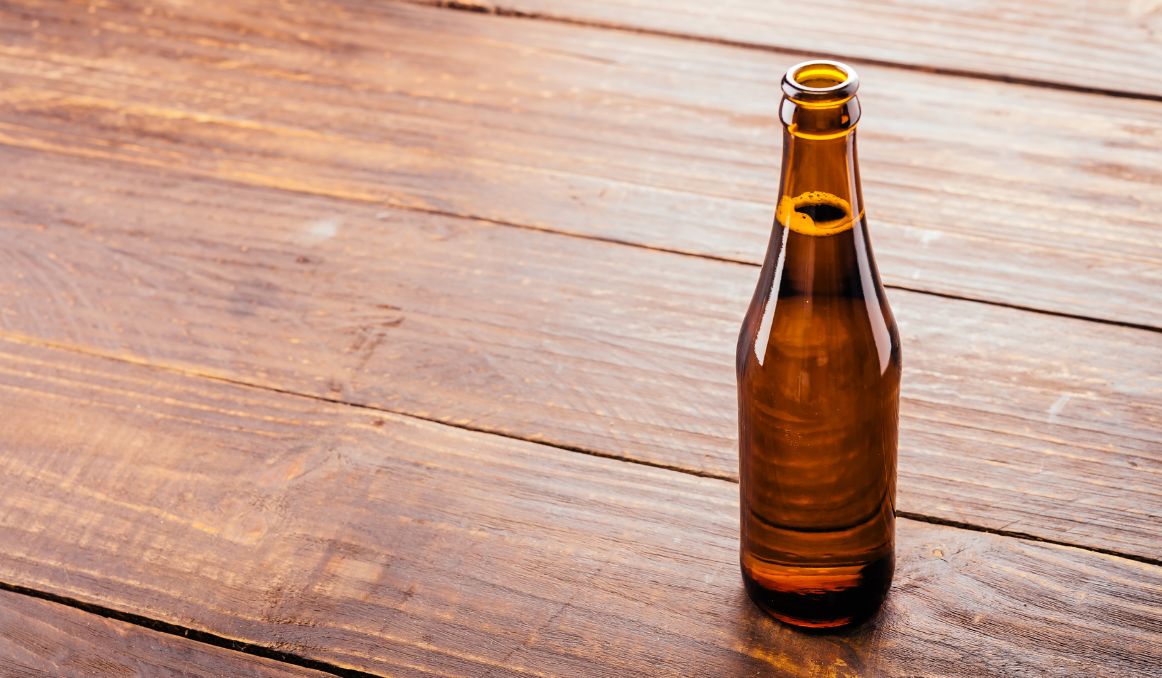 And before all that, you must realize that sediment in beer is natural.

In fact, for thousands of years, beer has had sediment.

Think about it: a brewer cracks malted grain, boils and steeps it, and then adds hops.

As the wort cools down, yeast is naturally attracted to the naturally occurring sugars in the cereal grains that have now been released into the water.

Yeast gets to work fermenting, creating not only alcohol and carbon dioxide from those sugars but also hundreds of other metabolites.

Once primary fermentation is complete, yeast will flocculate, or clump together, so it can be skimmed off.

During the racking of beer, a process that takes place after primary fermentation, the brewer will drain off all the beer, collecting the trub, which is dark brown sediment left over from the grain and the hops, the slurry, which is a waterier mixture that contains a bit of trub and a bit of yeast, and then the yeast packed into the middle, a creamy white substance to harvest for later.

But of course, some of that sediment will remain so that during secondary fermentation, which takes place after racking, any off flavors that remain can be smoothed out.

Another racking can then take place, which will produce more trub, yeast, and slurry, but even then, there will still be sediment left over, which will show up in your can, keg, or bottle.

Why Don’t I See Sediment, then?

So now you wonder, after this explanation, why there isn’t usually sediment in your bottles, cans, or kegs?

Well, today, most brewers filter their beer to the extreme, ensuring all sediment is removed entirely.

It is part of the leftover process that arose during Industrialization to create the image of a perfect, clean, sanitary beer.

Filtering completely removes yeast, tannins, and large proteins from the beer that contribute to any off flavors and haze, thereby ensuring the exact flavor of the beer when it is canned, bottled, or kegged will be the same when the beer is opened by the consumer later.

This process has since been found to be entirely unnecessary as yeast is a highly efficient living organism that cleans up after itself quite well, but if left to its own devices, there would remain some sediment in the beer when opened by the consumer.

Further, this “mopping up” process that yeast undergoes when left in beer, also called “lagering” or “aging” can take weeks, whereas filtering merely halts the entire process and makes beer ready to move to market.

There is great contention as to which process is better for the beer and the consumer, aging or filtering, and, aside from expediency, there does not seem to be great benefit to filtering.

An example of the advantages to leaving yeast in beer is bottle conditioning.

Either type of beer can be bottle conditioned, but the approach will be slightly different.

The goal of bottle conditioning is to add carbonation just before bottling so the consumer will get that satisfactory crisp bubbly effect upon popping the top of the bottle.

Without bottle conditioning, this level of carbonation is unlikely as the carbon dioxide created during fermentation will have all but dissipated by this point, creating a flatter beer.

To bottle condition beer that has not undergone an extensive filtering process, the brewer will simply add some priming sugar – a mixture of fermentable sugar, barley malt, and water – to the brew right before bottling.

This mixture will then agitate any yeast still remaining in the beer, activating it just enough to get the fermentation process started up again, creating alcohol and carbon dioxide once more.

The alcohol content is not increased overall because of the dilution of water, but the CO2 is now present for that ideal bubbly effect.

For beers that have been extremely filtered, the brewer will add both priming sugar and healthy yeast, as all of the yeast will have been filtered out by the time the priming sugar is added, so that there will be nothing to ferment.

In such an event, even if the beer has been entirely filtered, it will now contain the sediment of priming sugar and yeast added just before bottling.

In both cases, beer drinkers will find sediment in the bottom of both bottles.

Can You Use the Sediment from Bottle Conditioned Beer?

For many new brewers, the sediment from bottle conditioned beer makes for a great starter yeast culture if the beer is one you love.

To collect the sediment from bottle conditioned beer to start your own brew, be sure to choose a beer you love, and then pour your bottle straight into a glass once you open it, leaving the very bottom of the beer in the bottle. Also read: How to Cultivate Yeast from a Beer Bottle

Then pour out that sediment into a sanitized glass jar.

Repeat this process with three of four bottles, and then rinse your yeast.

Now you can use that sediment to your advantage, to make your own favorite brew.