Yeast is a fascinating organism to understand, and as brewers or anyone in the brewing or fermenting industry, it is helpful to understand this critical organism in order to better do our jobs.

Specifically, what does yeast need to reproduce?

Understanding this element of this ancient life form will allow us to better work with it as we make our way into better and more consistent brewing practices.

A single celled, eukaryotic organism, yeast has been around since long before humans evolved from our ape like ancestors.

In fact, yeast is a fungi, and fungi are the first living organisms on earth.

So, yea, calling yeast ancient is not a misnomer by any stretch of the imagination.

But exactly how old is this life form?

Well, while mushrooms and other fungi may have survived on this planet before the birth of fruits and other natural sugars, yeast must have evolved as sugars began to thrive on this planet.

Because yeast require one critical element for survival, and that element is sugar.

There are, of course, other factors involved, moisture, oxygen, and warmth, but sugar is the food of life for yeast, literally.

From there, yeast would have taken off, reproducing rapidly and spreading itself across the globe.

Yeast is virtually invisible to the eye and is present on almost every surface, in the air, and even inside of our bodies.

Its primary function is to find sugars and ferment them, or convert them into alcohol and carbon dioxide.

It will hover in the atmosphere, sensing the presence of sugar in its range, which is why you will find your own fruit rotting and fermenting, and any sugary teas or juices you leave out doing the same.

It is no surprise then that fermentation came to humans largely by accident.

Indeed, it may very well be that we adopted the fermentation process from our apelike ancestors.

The ancient Egyptians referred to the turning of grape juice into wine as a miracle, and for good reason.

Once agriculture took shape and people began to settle into domestic life, they were free to grow and harvest food like grapes and grains.

With those harvested foods then they could make juices and doughs.

It is not hard to envision how fermentation could become a global phenomenon quickly when all it took was for a juice maker to leave the juice out for several days after crushing the freshly harvested grapes and find wine instead of juice.

The same goes for bread and even beer.

The nice thing is that the very thing yeast needs to survive is what it needs to reproduce.

So, as long as yeast has a moist, warm environment, with oxygen and sugar, it will thrive.

And much of the earth can meet those conditions.

This truth is why, even though many brewers worry that fermentation will kill yeast, it actually has the opposite effect.

Fermentation allows yeast to reproduce, so you will end up with more, and even healthier, yeast cells after fermentation than you had before fermentation.

You can effectively grow your own yeast just by continuing to brew beer or wine.

And yeast is a versatile fungi as well. It can reproduce with or without oxygen, and sexually or asexually.

In most cases, however, it prefers oxygen and will reproduce asexually.

In yeast, asexual reproduction means that a mother cell will undergo something called budding, during which a smaller cell, also referred to as the daughter cell, is created, or produced by the mother cell.

Indeed, until the daughter cell has reached a minimum of 50% of the volume of the mother cell, it is not considered viable, which is relevant to the fermentation process. 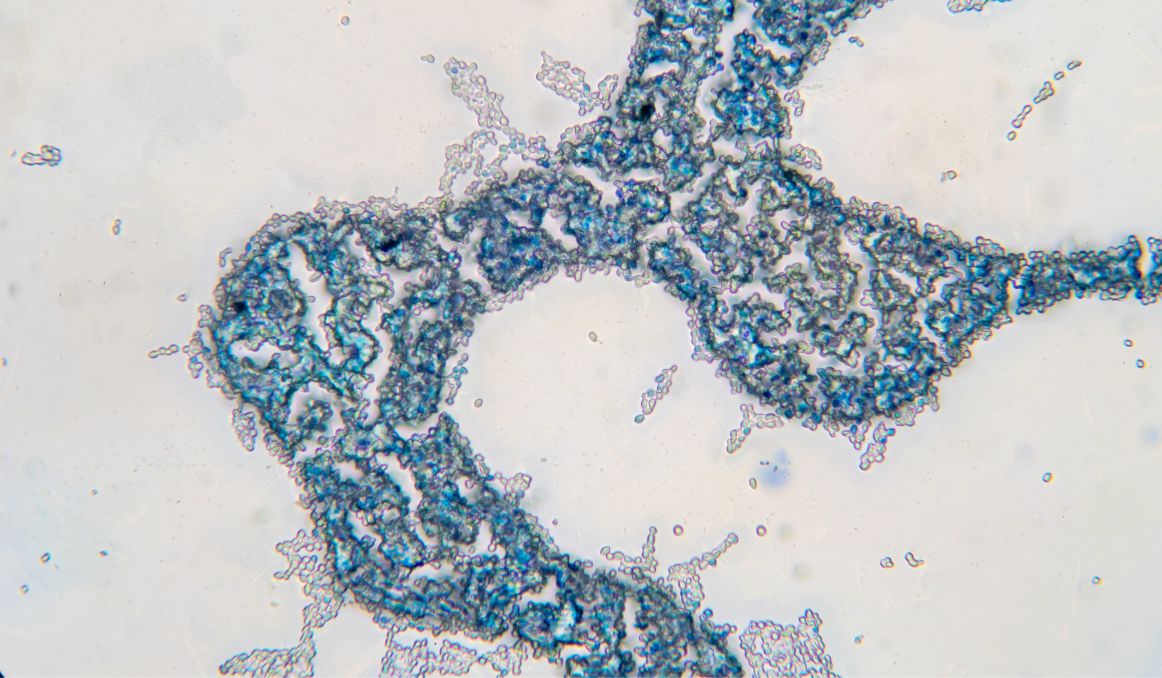 It is important to note for brewers, vintners, and bakers, or anyone else who works with yeast for fermentation processes, that when performing yeast cell counts we count only viable cells.

Daughter cells with less than 50% volume of the mother cells are not yet considered viable.

The key with any fermentation process is to create a consistent product your loyal customers come to love, expect, and even demand.

Thus, getting your yeast viability count right every time will play a huge role in that consistent product.

For this reason, it is crucial to have the equipment you need to get your cell count right.

Today, technology has allowed for handheld devices that interface directly with your smartphone so you never have to wonder if your count is off, if you have a strong enough microscope, or if your dye is functioning properly.

These troubles are, thankfully, a thing of the past, and all you have to do, really, is ensure your yeast are well fed and happy enough to keep on reproducing.

Simply invest in the proper tools up front and ensure that your brew becomes the beloved brew your drinkers ask for again and again.