Off flavors are natural in beer, and they are really a misnomer. Calling them “off” implies they are unwanted, and the reality is that most off flavors are actually highly sought after. Smokey off flavor is just one example of a sometimes desirable, other times detestable off flavor, and it can be the result of several factors and contributors.

First, it is important to understand how yeast and bacteria contribute to the aroma and flavor profile of beer. 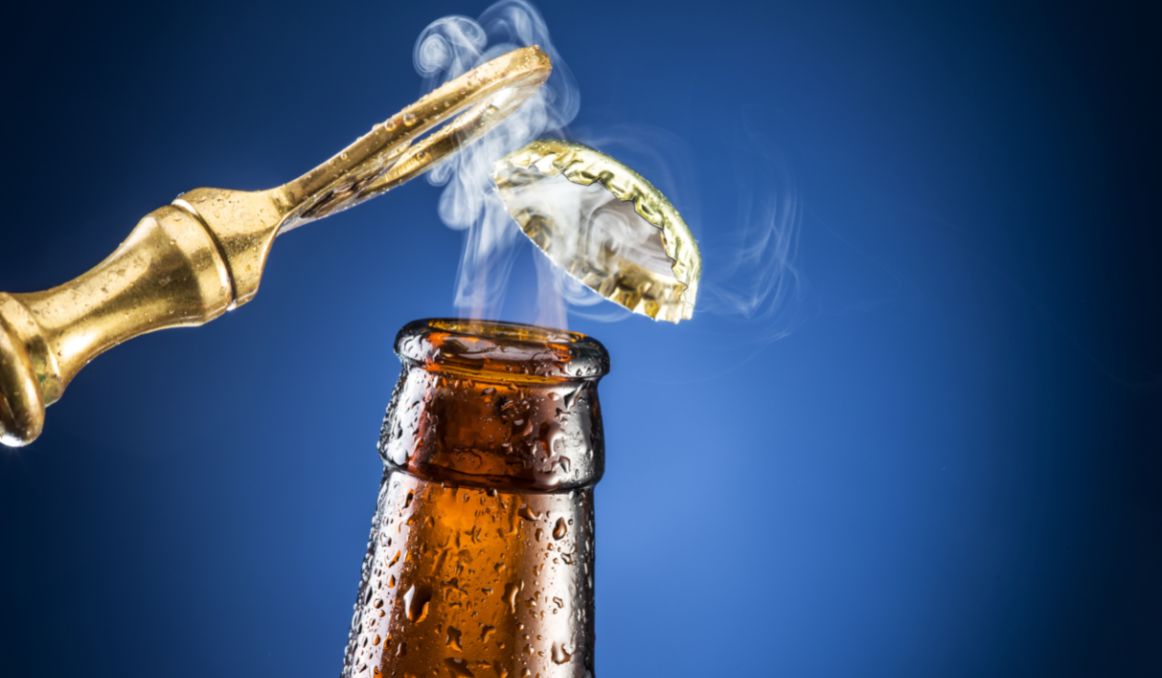 Yeast and Bacteria in Beer

A much larger role that you likely realize, even if you’ve been in brewing for a bit.

Many people believe that flavor is derived from malted grain, from hops, and even from added ingredients like fruits, nuts, chocolate, and other spices and herbs.

And they are not wrong in that those ingredients certainly contribute, certainly play a role, but in the larger picture, their roles are very minimal compared to that of yeast and bacteria.

Yeast, a single celled, eukaryotic living organism, which can reproduce asexually and thrive without oxygen if necessary, is a miracle life form of sorts.

It is hands down the only reason we have beer, wine, bread, or any other fermented food or drink.

And the fermentation it provides goes far beyond just creating alcohol and carbon dioxide.

Though it does do that, and quite well.

You see, brewers first discovered yeast quite by accident, and simply thanked their gods that this invisible organism was blessing them with a nutritious brew to serve their whole family with meals.

A brewer would simply roast and grind a grain, usually barley, but also wheat or oats, then boil it and steep it, and leave it be.

And that really was that.

The roasting of the grain did not do much for the end result of the beer except to convert the starches in the grain to sugars, which would then allow the yeast to more efficiently convert those sugars to alcohol and carbon dioxide.

So, changes in flavor typically had more to do with changes in yeast than changes in other ingredients.

As of today, we know of hundreds of strains of “brewer’s yeast,” both for ale, Saccharomyces cerevisiae, and for lager, Saccharomyces pastorianus, that offer a wide variety of flavors, aromas, and textures.

While yeast is fermenting, it creates hundreds of byproducts, or secondary metabolites, besides alcohol and carbon dioxide, and those metabolites contribute to flavor, aroma, and texture.

And which flavors you get depend on which yeast you use.

Every yeast offers phenols to beer. The smoky element typically comes from the 4-Vinyl Guaiacol phenol, referred to as 4VG. It is often found in Bavarian wheat beer and in Belgian beers.

Brewers select yeast for 4VG because it lends a clove-like, spicy, or herbal aroma and flavor that can feel smokey to some drinkers, especially in higher amounts.

The key for brewers is to learn how to manage their phenol levels.

Yeast produce 4VG through decarboxylation of ferulic acid, and brewers can control for this by allowing a mash rest period at 113 degrees Fahrenheit.

However, it must be said that the aging process will also usually “mop up” any unwanted, overly smoky flavors as yeast comes in to clean up its mess, so to speak.

Allowing yeast to ferment a second, and even third, time after racking usually works out all the kinks that come in the form of overwhelming flavor profiles.

Brettanomyces, often simply referred to as “Bret” is a still wild and hard to control yeast that many brewers enjoy introducing into their beer in addition to an S. cerevisiae strain.

The problem is that Bret can bring out smoked meat flavors in beer that are largely unwelcome.

The trick for the brewer here will be in discovering the right blend of Bret to your other yeast strain and potentially even bacteria that might lessen the smokey effect.

Bacteria has been a common contributor to beer for millennia and has given us many sour beers, like the Belgian lambics, that we love.

But worst spoilage bacteria is an unwanted bacteria in beer that can create an undesirable smokey off flavor and aroma of beer from the very start, which is often incredibly difficult to control for once it is established.

The best rule to apply here is to ensure your lines and equipment are always clean and sanitized so any bacteria you may want to come into your beer is not a bad one that is lying around molding on your equipment.

Malts and Smokey Off Flavor in Beer

Finally, there are the much sought after smokey off flavors in beer.

Brewers for generations have been experimenting with flavor profiles, and one way they do this is through the malting process.

Rauchmalt is a grain that is dried over beechwood logs. It is specific to the Bavarian region of Franconia in Germany, and it adds the phenols guaiacol and syringol to beer, which give it a smoky effect.

Lately, brewers in the US have been experimenting with this “barbecue potato chip” flavor in beer as it pairs well with food.

Like rauchmalt, peated malt is dried over burning peat and is sometimes used to produce earthy, smoky phenols.

You can also get a smoky effect in beer from water with too much chlorine, so be sure your water source is not overchlorinated.