Much confusion exists about the organisms that perform fermentation. Or even about what, precisely, fermentation is.

So let’s start at the very most basic fundamentals.

Fermentation is what is occurring when one substance is broken down into a simple substance. More specifically, it is a metabolic process in which a starch or sugar is converted into acids, gases, or alcohol, typically in the absence of oxygen.

Usually, when we talk about fermentation, we are talking about food or drink.

In these cases, yeast or bacteria are attracted to those starches or sugars in the food or drink and, often in the absence of oxygen, they break them down, converting them into alcohol, carbon dioxide, and hundreds of other secondary metabolites.

The same goes for secondary fermented products like ethanol made for alternative fuel.

Corn is high in sugary starch, and, once ground into a mush, will attract yeast that can convert it directly to the ethanol needed to power human machinery in cleaner ways than fossil fuels.

However, fermentation does not only take place in food and drink.

It also takes place in the human body, and much in the same way.

When a human body is exerting energy to a high degree, say going for a run, the muscles are deprived of oxygen because the human cannot get enough oxygen into the body quickly enough to satisfy the muscles’ needs.

In this absence of oxygen, the muscles will call for extra energy and the cells will quickly produce ATP, the energy producing molecule our cells need for energy. This process is called lactic acid fermentation.

Difference Between Yeast and Bacteria

Yeast and bacteria are the only two organisms on earth that can carry out fermentation.

Fortunately, both are prevalent in the atmosphere virtually everywhere.

They are in the air, on every surface, on our skin, and even in our bodies.

Yes, humans have bacteria and yeast throughout our bodies. Indeed, we could not survive without them. We coexist in ways that make our relationships symbiotic. 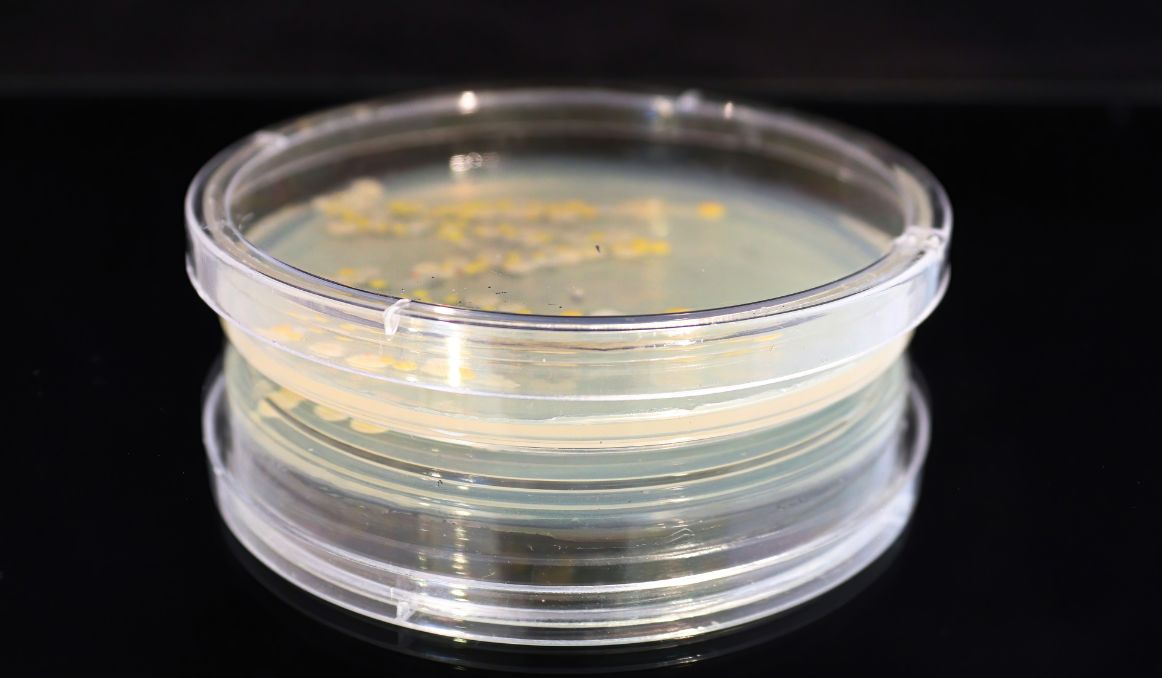 Yeast is a single celled, eukaryotic living organism that is from the fungi family. It is one of the oldest life forms on earth, and it can thrive in pretty much any warm, moist environment – so most of the planet.

All it needs is a sugar source. And even without its favorite food, it can simply lie dormant interminably until it detects a nice sugary carbohydrate nearby.

Yeast reproduce both sexually and asexually, with asexual being the more common route.

Mother cells can reproduce seemingly infinitely as long as they have a welcoming environment in which to thrive.

The only killers of yeast are alcohol and extreme heat, which makes it extremely tenacious.

Once yeast does find a sugar source, it will get quickly to work consuming it and converting it to alcohol, carbon dioxide, and other micronutrients, a process called alcoholic fermentation.

It will ferment until all the sugars are gone or until it is killed off by alcohol levels that are too high. In most cases, however, the yeast will stop fermenting before alcohol levels get too high and simply lie dormant, waiting for its next sugar rush.

Bacteria is also a single celled organism, but it does not have the organized nucleus yeast does, making it a prokaryotic life form.

Also like yeast, it is virtually everywhere, in thousands of different strains.

While there are technically much more bacteria cells on earth than there are yeast cells, yeast actually takes up more space on the planet because yeast cells are larger.

In fact, in the case of bacteria, it is the good bacteria in the human gut that helps with many of our diseases and illnesses.

And when that good bacteria is overwhelmed and killed off by antibiotics, which do not discriminate between good and bad bacteria, our bodies become much weaker than they would be without that bacteria.

This is why you will now find many doctors’ offices prescribing probiotics anytime they are called to prescribe antibiotics.

It is the bacteria in our bodies that allows for lactic fermentation when we need energy in the absence of oxygen, and it is that same lactic acid fermentation that takes place when yogurt, sauerkraut, kimchi, pickles, and other fermented foods are made.

Bacteria undergoes a similar process to yeast when it ferments – being attracted to sugars and consuming and converting them; the only difference is that it does not produce alcohol. Instead, it produces more probiotics and synthesize vitamins.

Can You Have Both?

Interestingly enough, many beers are made with both yeast and bacteria. Sour beers use wild yeasts and bacteria that provide the alcohol for your pleasant buzz and the probiotics to keep you well.

The same can be said for kombucha with uses a SCOBY, a symbiotic culture of bacteria and yeast, which is why most kombucha will have a bit of alcohol in it.

These two organisms actually perform very well together when left mostly to their own devices, both inside and outside of the human body.

All they need is a little bit of support and encouragement, and they will ferment to our delight.