The thing to remember when factoring in how to describe the smell of beer is that so many contributors to smell are present.

Everything from the grain to the herbs to the yeast and even to the temperature and expiration date of the beer can affect the smell of beer, and by extension how to describe it.

Let’s start at the beginning. 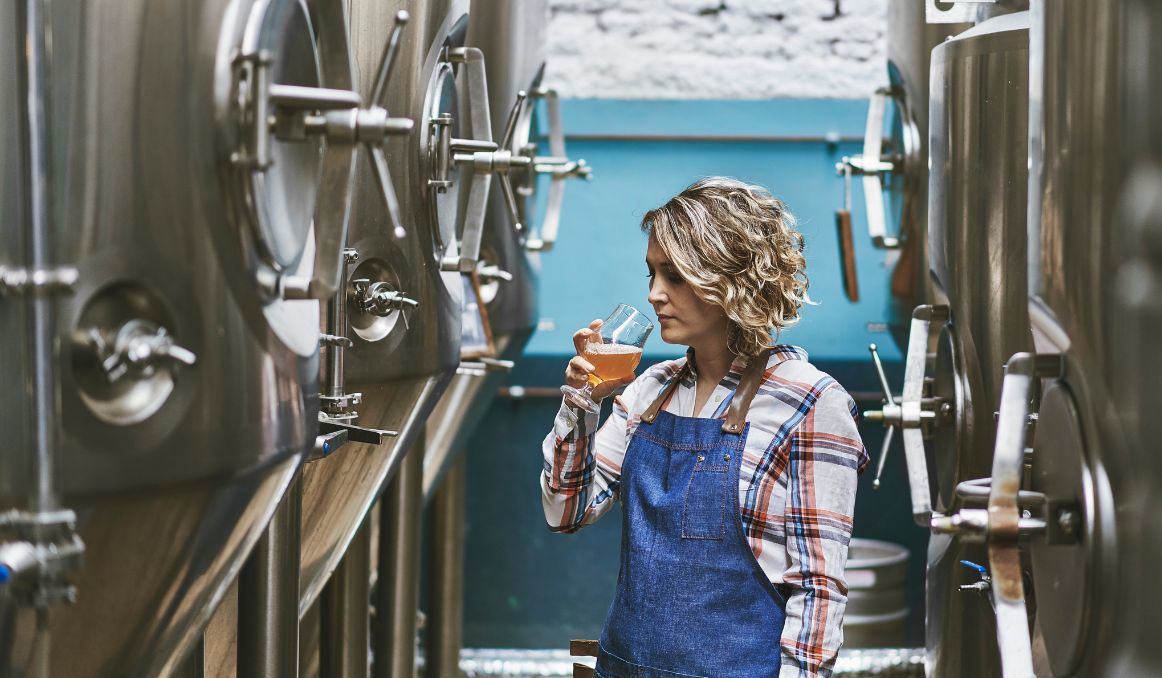 In general, beer is made with either barley or wheat, or a combination of the two.

Beer with a stronger barley base will tend to smell malty, caramelized, and roasted. The reason for these stronger, headier scents is due to the kilning process before the beer is made.

With barley, the grain is malted, or roasted, like a coffee bean is, and then cracked open. Then, the grain is boiled and steeped in water, releasing all those flavors and aromas into the water (now called wort).

Alcohol does not have a scent, so the fermentation process will not cover up the roasted scent of the malted grain. If anything, fermentation will enhance it.

Beer with a stronger wheat base will be more bready scented, more citrusy and lighter fruity.

Even roasted or kilned wheat will still end up smelling like baked bread, rather than a roasted barely, thicker, maltier scent.

You can expect light notes to fizz into your nostrils when you smell a wheat beer. 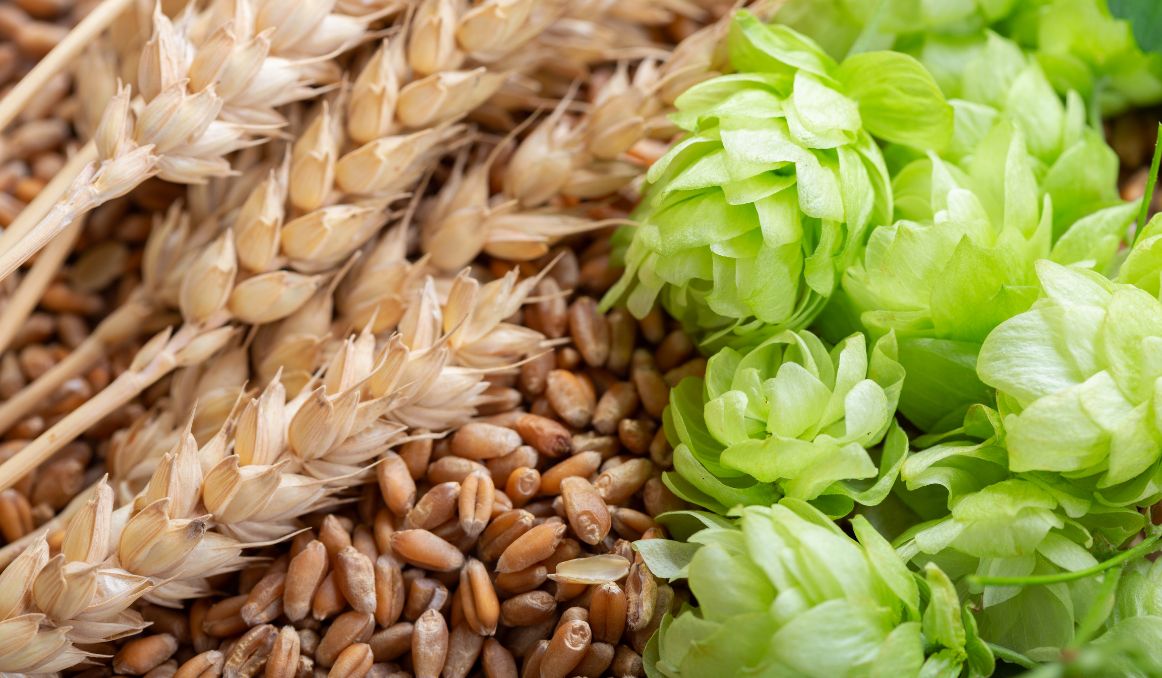 Yeast is a huge contributor to flavor and aroma profile, and each yeast has its own contributors to scent and flavor.

For example, the yeast used in wheat beer like Hefeweizen tends to have banana, clove, and bubblegum notes that enhance that citrusy and bready scent.

Yeast can also contribute a sulfur smell during the brewing process as hydrogen sulfide is naturally produced by yeast and then killed off by the alcohol that is converted from the sugar. It is an interesting process to be sure.

Ales tend to have a stronger scent, and lagers are lighter on the olfactory senses.

So, depending on the yeast used in your beer, the range of smells could be from citrus to banana to sulfur and even to baby vomit if wild yeast is involved!

And speaking of wild elements in beer, Lactobacillus, Pediococcus, and Brettanomyces, and other wild yeast and bacteria used to make sour beers and add acidity contribute their own scents to various beers, whether they were invited or not.

For thousands of years, wild bacteria have added interesting elements to beer, predominantly to sour them, which has become an acquired taste around the world.

So, if the beer has Brett yeast or some wild bacterium, it may smell more tart, fruity, pepper, zesty, and even spicy.

Still another contributor to beer scent is herb.

In the beginning, brewers used a mix of herbs, called “gruit” collectively, to cut into the sweetness that was lingering even after the yeast had consumed most of the sugar in the beer and converted it to alcohol.

Gruit consisted of herbs like chamomile, rosemary, and yarrow.

So, if you were drinking beer five hundred years ago, you would have smelled any of those herbs or a combination of them.

Today, hops are used to add that same level of bitterness and cut the sweetness. Hops have a distinct bitter, herby smell that is often called earthy, piney, and even a bit citrusy.

A super hoppy beer will smell strongly of pine and earth and is easy to pick out among other beers.

Then there’s the delightful oat beer, which is not as common as barley or wheat, but certainly has its own flavor and aroma.

Oatmeal beer often smells and tastes strongly of coffee and/or chocolate. You can also usually detect notes of orange, maple, and vanilla. This combination is due to the roasted oats, the yeast, and the added spices in these dark and malty stouts.

Then there’s the added ingredients in all the different beers. Sour beers often have fruit in them. Stouts have spices and fruit. Wheat beers have herbs and spices.

And you will be able to detect all of those notes in your beer if you have a refined enough palate and nose.

It is also key to remember that our noses and our palates are inextricably linked. So what you smell you will taste and what you taste you will smell, and the two are often difficult to extract from each other.

So, when you are out tasting beer, take your time using your eyes and your nose before you taste, and often your mouth will pick up on scents you did not realize you were smelling until you tasted them. The human body is certainly fascinating!

Then of course there’s the question: “what does stale beer smell like?”

Put simply, either skunk or urine.

Beer that has gone stale or bad because of UV exposure will smell strongly of skunk.

Beer that has simply passed its expiration date will smell like urine. It has something to do with the chemical compounds in the beer having lost their vitality.

And in both cases, it is better to avoid the beer altogether. You’re better off not smelling it at all.

Just look for one of the above beers and sniff away!