Brewers across the world feel fear hit their hearts at the thought of wild yeast contamination in their beer. It is the thing brewers pray against and do everything to ward off. Still, wild yeast has had its place in beer making since medieval times, and even today, many brewers are opening up to the possibilities of allowing, even welcoming, wild yeast in. Indeed, some select brewers are culturing their own wild yeast to add flavor and complexity to their beer.

How is this possible, you ask? How can something at once so terrifying also be encouraged and embraced? In short, it’s tricky. Wild yeast contamination in beer can ruin an entire batch. Wild yeast specifically added or invited into that same batch can lead to a huge outpouring of audience adoration. To begin to understand, we must first discuss the role of yeast in beer.

The Role of Yeast in Beer

As you likely already know, beer is made of four basic ingredients: water, malted grain (usually barley), hops, and yeast. The process is at once simple and complex. The malted grain is cracked to allow best access to the sugar inside and then “mashed in,” or added, to water where it is boiled and steeped to release that sugar into the liquid. Hops are added to that mixture, which is then referred to as wort. To the wort, the yeast is “pitched,” or added. It is the yeast pitching that is what truly creates the beer. Otherwise, you can mix up your grains or you can add or subtract hops, and you can change up your boiling and steeping procedures.

The yeast works a number of wonderous functions in the wort to make it beer. It eats the sugar and converts it to alcohol, it consumes all of the oxygen, and it releases carbon dioxide, which creates carbonation. Yeast actually serves to keep your beer clean and sanitary. Unless and until it is invaded by wild yeast. 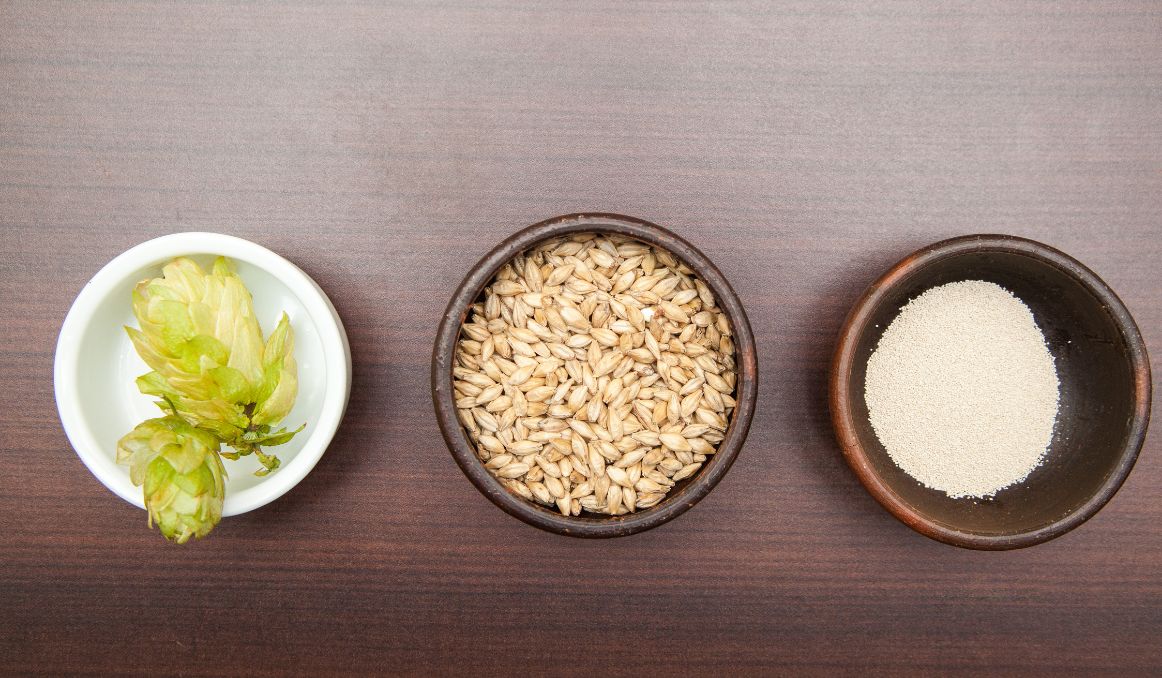 What Is Wild Yeast?

Wild yeast, by definition, is any yeast that is introduced to the wort or beer which is outside of the control of the brewer. Essentially, wild yeast adds itself.

But we like yeast, so what’s the big deal if we get a little extra, wild, yeast?

The problem arises when the wild yeast is beyond the brewer’s control. It can cause a number of undesirable outcomes:

Wild yeast does not tend to flocculate well, so it will hang out, suspended, in beer and cause cloudiness in a beer that should be clear.

It also tends to catch air and grow rapidly, which will cause a film to form on the surface or throughout the beer, escaping attempts to filter or fine it out.

Wild yeast may convert the sugar in the wort to much more alcohol than cultured yeast does, creating a much higher alcohol content than expected.

The real trouble with wild yeast arrives here, at the off flavors. Wild yeast is unpredictable, and even the most welcome wild yeast can cause beer to taste like baby vomit or urine. All yeasts produce different flavor profiles, it is one of the elements of beer that make it taste like, well, beer. But you want to be able to control that flavor.

Why Do Some Love Wild Yeast?

In recent years, brewers large and small have come to love wild yeast precisely for the same reasons others hate it. Brewers today are intentionally creating hazy IPAs, actively seeking turbidity. Other brewers are hoping for higher alcohol volume and a sweeter taste. And yes, some brewers are actually aiming for off flavors like in Lambic. They use wild yeast to create sour beers or grasp at a tropical fruit flavor you just cannot achieve with cultured yeast.

Still, there is risk involved. Any brewer cultivating wild yeast or leaving their tanks out in open air to catch wild yeast strains is playing with fire. Most end up having to dump large percentages of their beer when the flavor is far from tasty.

Play at your own risk. 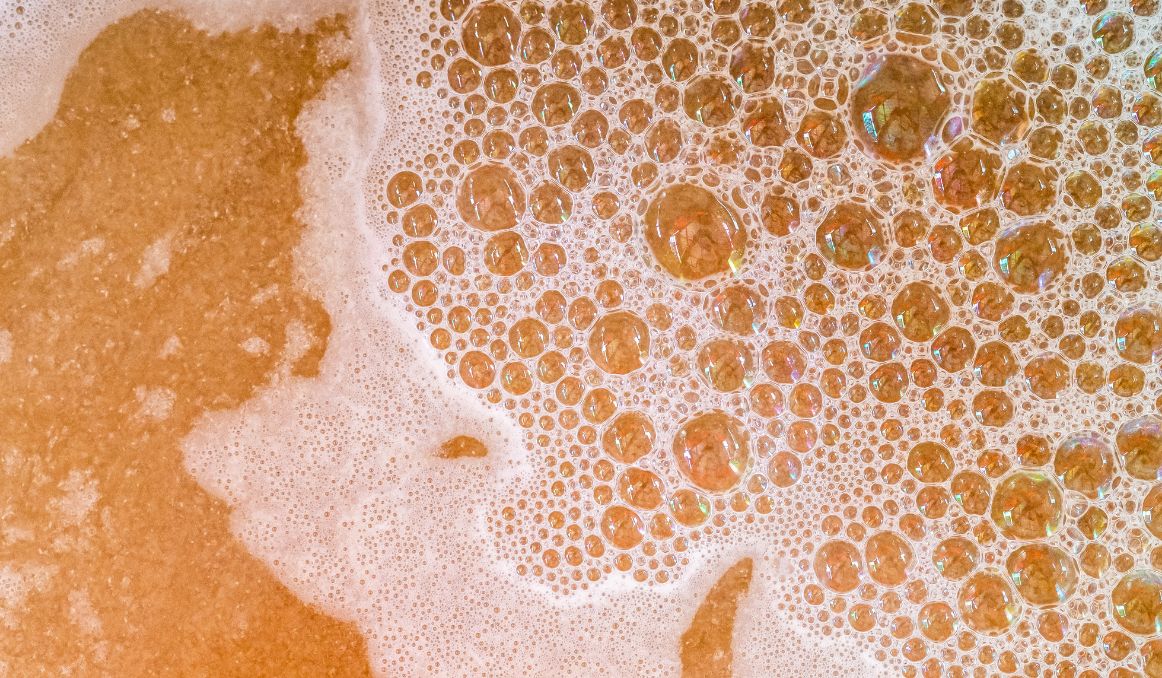 What Causes Wild Yeast Contamination and How to Prevent It

Two strains of wild yeast exist, in addition to bacteria, which is another contaminant in beer.

An anaerobic organism, this wild yeast tends to convert sugar to more alcohol, which can cause off flavors and higher alcohol content.

This one is an aerobic organism that can produce mousy flavors and acid in beer. It also forms films, haze, and unwanted esters.

The most commonly detected non-saccharomyces wild yeast is Brettanomyces bruxellensis, lovingly referred to as “Bret” by brewers who intentionally pitch it into their brew for those sour beers or highly sought after off flavors.

If wild yeast is unwanted in beer, it typically enters the wort in one of three ways:

Your yeast could get infected with wild yeast, so make sure it is sanitized and that everything that comes into contact with the yeast is sanitized. Check your wort cooling system for sanitation issues, and be sure anything else you add to your wort is introduced before the end of boiling to ensure sanitation.

Remember, bacteria and opportunities for wild yeast to thrive are everywhere. We are surrounded and covered by bacteria. Any surface in the brewing plant, from tables and lids of bins can breed bacteria if not kept clean. Be sure not only to keep your plant highly sanitized, but also ensure anyone who enters the environment is sterilized first.

Hoses, tubes, tubs, gaskets, you name it. Every piece of equipment the pitched wort encounters is an opportunity for contamination. Your fermentation tank may be sterile, but the hoses connected to it may become dried and cracked, allowing bacteria to thrive. Keep all of your brewing equipment highly sanitized and cover all surfaces to eliminate the possibility of airborne bacteria and wild yeast.

Wild yeast can be a sensitive subject for brewers, and there is much to do to prevent wild yeast contamination in beer. It is quite easy to detect it in a number of ways, and once it is detected, you will have to decide what to do with. After all, you may want to join the growing number of brewers embracing wild yeast. They might consider you to have hit the jackpot!