Turbidity, in the brewing world, is often thought of as a negative. For decades, beer drinkers have expected their beer to be clear, free of clouds or visual compounds, and to stay that way for the entire shelf life of their beer. A purification process happened around the world wherein every consumer wanted a crystal-clear product, be it window glass, diamonds, or beer.

However, it has not always been thus. Indeed, for thousands of years imperfections, “clouds” were not only accepted but celebrated. Fortunately, it seems we are now coming full circle, where glass can once again be stained, diamonds with imperfections are now seen as having character, and beer can once again contain turbidity. So, how do brewers define turbidity? And do we want it or don’t we?

Turbidity is the measure of the clarity of a liquid; it is also broadly defined as the visual impression you get when you look at a glass of beer. The expectation has long been that beer should contain zero turbidity, or “haze.” It should appear clear to the eye with no floating substances or cloudy masses in the glass or bottle. Why?

Turbidity is often caused by something having gone wrong in the brewing process.

Flaws in the raw materials like malt and its adjuncts, yeast, and water are often blamed for haze formation. Turbidity can also be inadvertently caused by process aids like DE and Stabilization aids. Further, and often dangerously, microorganisms can be the perpetrators of turbidity, at which point the beer drinker can become sick from “off” beer. It is, as usual, the fault of a few failures during the brewing process that a handful of people got sick from drinking “cloudy” beer, and the whole world then decided all cloudy beer was bad.

Turbidity is usually easy to identify visually. At first glance, you will see sediment, particles, suspended solids or what looks like floating dust in beer. The most common way brewers define turbidity is “the concentration of suspended particles in a sample by measuring the incident light scattered at right angles from the sample.” Essentially, we identify turbidity by how clear or cloudy it looks in the light.

Those looking for exact measurements of turbidity in beer can use a Turbidity Meter, which will identify the clarity of beer according to the following standards: brilliant, almost brilliant, slightly hazy, hazy, and very hazy. 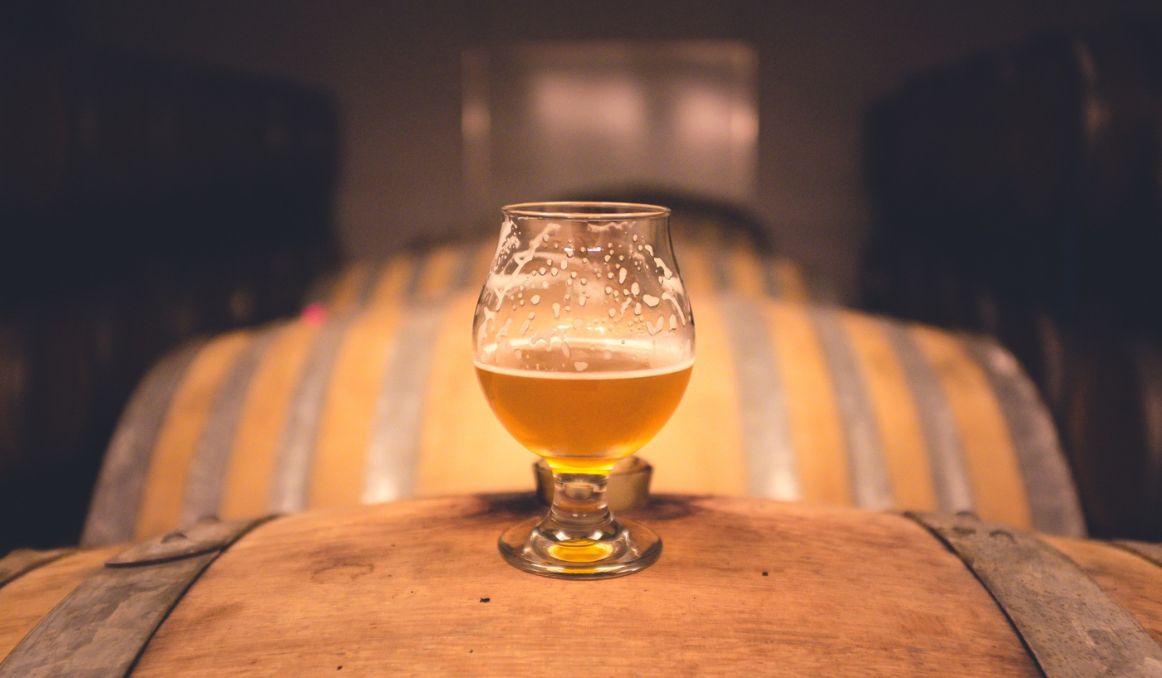 Though turbidity can be caused by many factors, from metals in the water and infected yeast to a problem during malting, most often we think of the haze being caused mainly by proteins in the beer. If you assume proper sanitation and common procedures in brewing are followed, you are left with proteins as the cause of haze formation in beer.

Malt contains about 10% protein, so it can be a source of turbidity that shows up long after packaging. And once you add hops to the beer, the combination of protein and the hop tannins make for an all but guaranteed presence of turbidity on some level.

Sometimes, you’ll find turbidity only when the beer is cold. In this case, the protein/tannin haze is caused by low-molecular-weight polyphenols and larger proteins and polypeptides cross-linking through hydrogen bonds, which break up when they are warmer, so you can only see them when they are cold.

But that doesn’t have to be a bad thing. There has been a rise of interest in hazy beers that seems to have started in the US but is rapidly growing globally. Indeed, for some beer lovers, the hazier the better, and those suspended solids are gold.

While beers like Hefeweizen and Lambic have always been cloudier by nature, we now find a growing love for hazy India Pale Ales, which tend to be exceptionally high on the hop scale, and extremely bitter in most cases.

In recent years, these IPAs have toned down the bitterness through “dry hopping,” which involves adding the hops late in the brewing process, usually during fermentation, and then allowing the suspended particles at the end to remain. Indeed, these brewers measure the haziness to ensure it will not dissipate over time on the shelf.

Turbidity, these days, is certainly not always bad.

Historically, filter aids have been added during the brewing process to get rid of turbidity. The most common method is to add silica gel to the brew to combine with the protein in beer. PVPP is added to combine with the polyphenols. In both cases, the filter aid will allow the haziness to precipitate and filter out.

This step in brewing can add to production costs, however, and cut revenue and profits.

How to Avoid Turbidity Without Filter Aids

One way to eliminate turbidity without filter aids is to use a filtration or centrifugation system. Filtration involves running your beer through sheets or screens so that the large yeast cells and other material are culled. When you centrifuge the beer, you can count on most of the yeast cells being separated from the beer. You might still end up with a little haze, but as we have seen in modern times, that is not such a bad thing anymore.

To Haze or Not to Haze

In the end, it seems haze is really only a problem if you don’t want it in your beer. With the changing times, you can relax your clarification process a bit, and you can even aim for a beer with higher turbidity and make that part of your brand. It works for IPA and Hefe; why not for you?

The key is to ensure you get the turbidity, or lack thereof, that you are seeking, and that you get it every time. Much more concerning than whether your beer has some suspended solids or a bit of haze is whether your beer offers a consistent flavor profile.