Yeast is a miracle organism of sorts. Truly, all organisms have their own magic, but in terms of value added both to humans, businesses, and the earth in general, yeast really does seem to be right up there in a category of its own.

Well, yeast can produce ethanol, and ethanol is in high demand by pretty much everyone for one reason or another.

What is interesting about ethanol is that it is not an original compound. That is, it requires other compounds to come into existence.

You will not head into nature and find ethanol growing from a plant, from the soil, or in the environment.

And it can only be created in the presence of yeast.

Ethanol takes many forms, of course.

We use it in rubbing alcohol, it is present in alcoholic beverages such as beer, wine, and liquor, and it is even found in small amounts in bread, because of the presence of yeast.

And in recent generations, scientists have discovered the value of ethanol as a fuel.

In its purest form, ethanol is the substance itself.

When used as fuel, we often refer to it as bioethanol.

Bioethanol is much “greener” than gasoline, which is why it is often referred to as an ecofriendly alternative to gasoline.

You see, gasoline must be created from oil, a nonrenewable resource that deteriorates the earth as it is extracted.

We have also had billions of dollars of losses and huge environmental disasters due to huge oil spills while attempting to extract that precious liquid.

With bioethanol, the substance is actually both renewable and recyclable.

Think about it: bioethanol is most often made from corn, but can also be made from cereal grains.

It also takes a very short time to grow and cultivate these ever-renewing crops.

Interestingly enough, the process to ferment the corn or other grain necessary for the production of bioethanol is similar to that of making beer or wine or, perhaps even more closely related, liquor.

Corn will be grown and then harvested, mashed in and boiled and steeped, and then yeast will be added.

It does not take much yeast to ferment a large quantity of corn mash, which will then ferment to make ethanol and carbon dioxide, an oxygenated fuel.

Then, the end product will be distilled down to its purest form to serve as an alternative, clean burning fuel.

As to which yeast is best, the primary yeast used to produce alcohol in general is Saccharomyces cerevisiae, which has hundreds of substrains, and has been around for millions of years by all accounts.

S. cerevisiae produces wine as well as ales, and it ferments at warmer temperatures with the yeast flocculating, or clumping, at the top of the fermentation vessel.

The other go-to yeast for fermentation is Saccharomyces pastorianus, which has historically produced lagers, and ferments at colder temperatures and flocculates at the bottom of the vessel.

Both tolerate relatively high alcohol contents, and brewers, vintners, and ethanol producers usually have to select from among various substrains of either yeast to see an increase in alcohol volume. 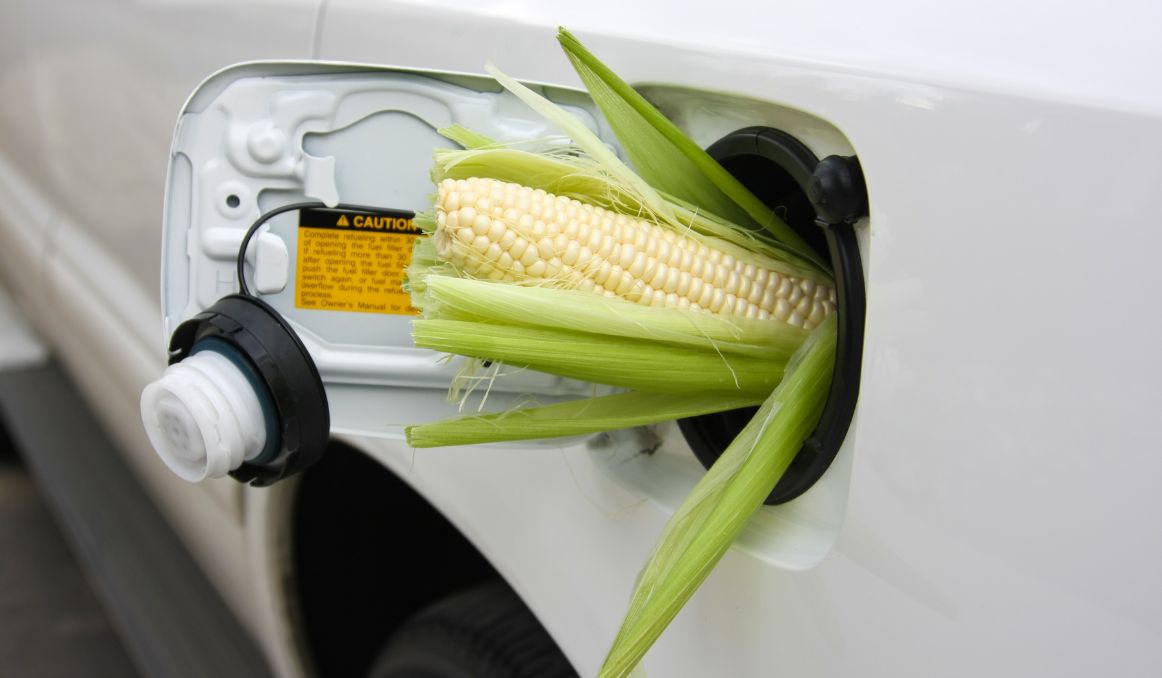 One yeast in particular that brewers like to use is called Turbo yeast, which produces a higher ABV, so it may be of interest to ethanol producers, in contrast to baker’s yeast, which has a very low tolerance for alcohol and will see a death or dormancy of yeast once alcohol levels surpass 8%.

In general, turbo yeast is used for distilling spirits or making moonshine, so it may serve the purpose sought by ethanol producers of designing a bioethanol with a high ABV.

It may pay for ethanol producers interested in going even greener to experiment with wild yeasts as well.

Using native yeasts on local ingredients will allow the ethanol produced to be truly green, as natural as possible, and reach the heights it was intended to originally, and the ABV will of course be naturally raised by the distilling process.

It also pays for ethanol producers to be aware that the primary ingredient the yeast is seeking to ferment is sugar.

Which is why corn is such a great crop for bioethanol production as it is full of natural sugars.

In addition to making corn syrup, you can also add cane sugar to your mash in or after your boil in order to raise the number of total sugars in the wort.

It may also pay to roast the corn prior to mashing in as brewers do, to transform as many carbohydrates into sugar as possible, maximizing opportunities for fermentable sugars.

In the end, the substrain of yeast has much less to do with the ABV in ethanol than in the production of ethanol.

Any substrain of the two primary yeasts will produce ethanol.

As to the ABV, it will always come down to a question of fermentable sugar, which is where the attention of the bioethanol producer should rest.

Sure, you can enhance the yeast, create hybrid yeasts that will ferment more and faster, but yeast will always do what it was meant to do.

The greatest influence we can have in the production of higher ABV is in the areas of sugar, so the trick will be to play around with various ways of increasing those fermentable sugars to raise our alcohol levels.