Who invented the beer tap?

It all begins with a beer fairytale. Once upon a time, men and women were limited to drinking beer served via a ladle or other deep spoon or bowl from a barrel or other fermentation vessel. For thousands of years this troubling situation put stress and strain on brewers and pub owners who lacked the convenience of some magical device that could transfer this frosty beverage directly into the waiting glasses of drinkers.

That all changed with the invention of the beer tap.

But First: A Brief History of Beer 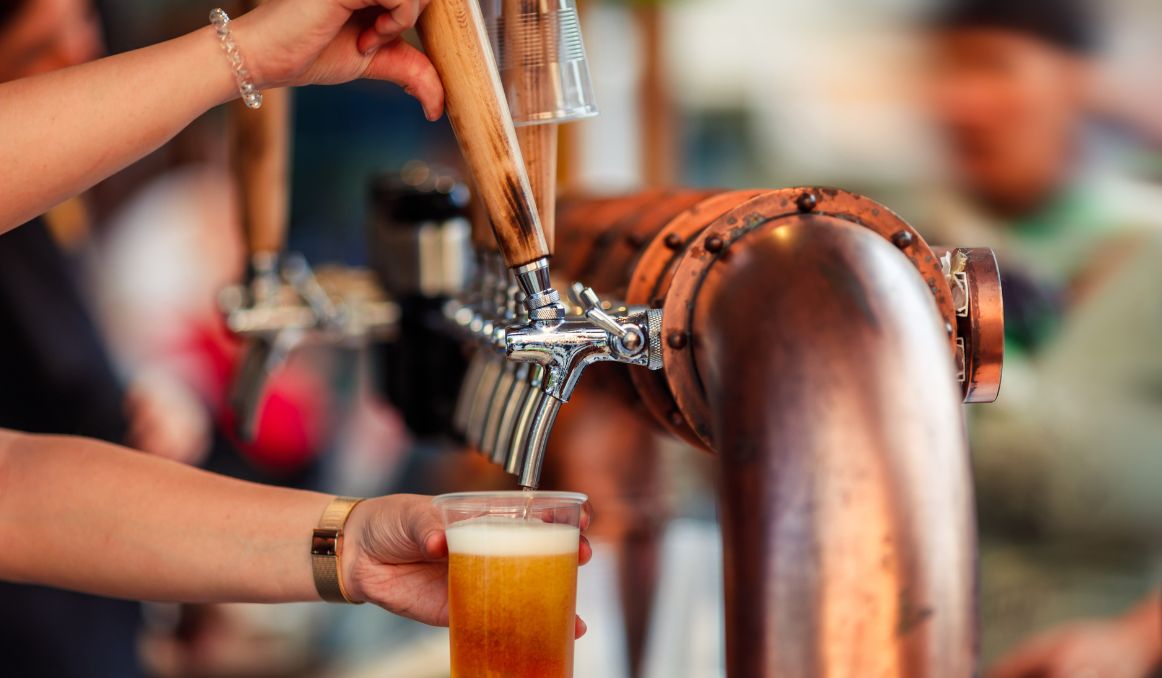 For many, beer has always been a bar or pub stable, something to serve to hungry men after playing a sports game, or while watching one. It has a history in the minds of men that it is a manly man beverage, even in the days of old, for men traveling along lonely roads in need of room and board and beer.

But the truth is that beer was, by all accounts, not only invented by but also long brewed by women.

Women were the primary caretakers of hearth and home thousands of years ago, much as they are today. And it was, according to anthropologists and archeologists, women who discovered this wonderful beverage and refined the ways to brew it.

Indeed, both the Sumerians and the Egyptians from thousands of years ago praised Ninkasi, the goddess of beer, for her contribution to humanity. And the only woman on the Sumerian’s list of kings is Kubaba, who earned her right to rule not by birth, as most kings did, but through her perfection of the art of brewing beer.

It makes sense when you think about it.

A woman would grow and harvest grain, experiment with grain, and find new ways to serve it to her family.

Women also had to think about what to serve her family in terms of a safe and healthy beverage as the issue of clean running water has long been of concern.

Thus, the discovery of beer was likely a happy accident for a woman who left her grain out in the rain one day, only to come back days later and discover a bubbling activity of liquid as yeast would have been attracted to the starchy, sugary water covering the soaked grain.

Never one to waste food or drink, after much experimenting and taste testing, the woman would have discovered both beer, the product of steeping grain in water and allowing it to ferment, and leavened bread, the product of allowing wet grain dough to sit out and ferment.

The addition of alcohol to the drink, a product of the yeast converting those sugars to ethanol and carbon dioxide, would have made for a much healthier beverage to serve to the woman’s family than water alone.

Since those days, 4,000 millennia ago, women have been making beer and serving it to family, friends, and the members of the community.

At some point, men took over the running of pubs and brews for the most part, and by the 1600s, brewing became a commercial venture.

Particularly as globalization spread from the 1500s to the 1700s, and then industrialization was born and cities sprung up everywhere, men began to become associated with beer in all its forms, from production to sales and from selling to drinking.

The first commercial brewery in the United States was formed in 1632 in lower Manhattan on, of course, Brewer Street.

And from there, it was not long before brewers and pub owners began to wonder at an easier way to get beer from the barrel into glasses. 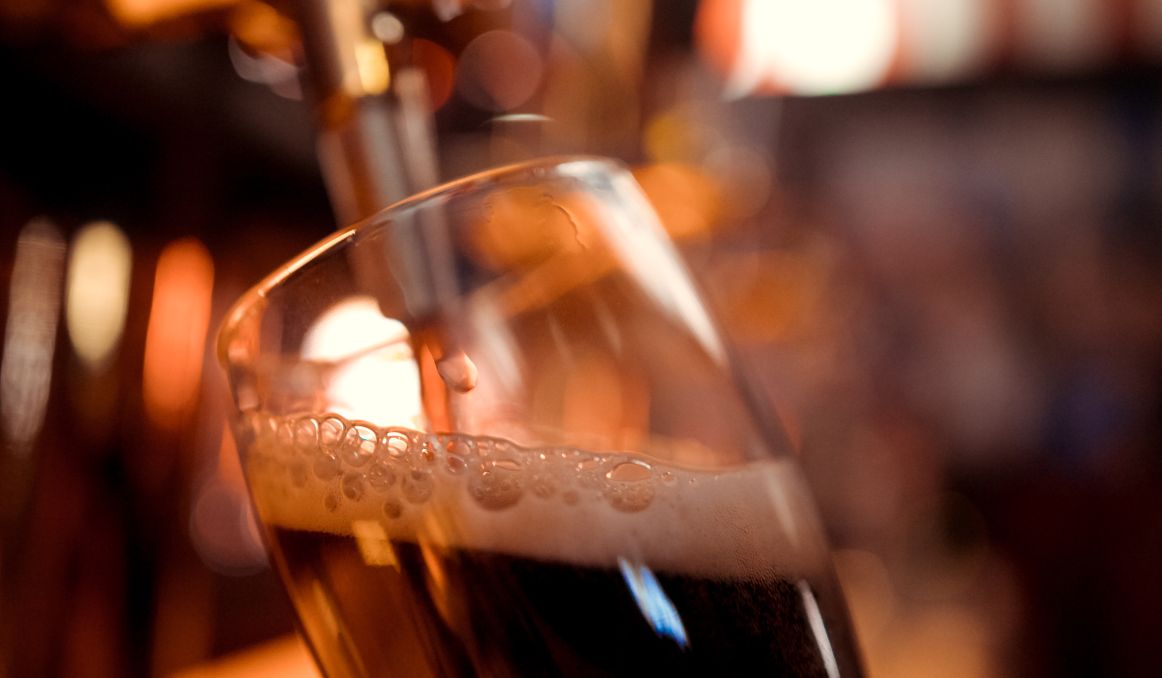 The man who finally solved the problem of transfer of product was an English inventor named Joseph Bramah. He called it a “beer engine.”

The beer tap is a valve for controlling the release of beer.

The term tap is specific to the type of valve used for beer, in which a wooden valve is designed and inserted directly into beer barrels.

At first, the beer tap, as designed by Bramah, utilized a pump to move beer from the barrel, through a tube, and out the tap into the glass, which would then create a frothy effect with “head” at the top of the beer.

Today, the tap is part of a pressurized system wherein the beer is held in a compressed cylinder called a keg.

For direct keg use, the tap is inserted into the top of the keg and a lever is included. When someone pulls the lever, beer will flow from a tube and into the glass.

For bars, pubs, and restaurants, an entire system is created wherein the kegs can be placed under the bar, or even in a backroom, with tubing that runs from the keg to a tap system above the bar.

The bartender will then simply pull that lever, which is also called a tap handle, and beer flows from the pressurized keg to the spigot above the bar, and into the glass.

Bartending: An Art and a Science

Anyone who has been in and out of bars and pubs knows that using a tap requires a certain amount of finesse.

The glass must be angled correctly at the spigot. The beer must be kept cold, but not too cold. And the bartender must watch the beer pour into the glass to adjust accordingly.

Any mistakes, and you will end up with either too much head, or not enough. And all beer drinkers know that you need the perfect amount of froth on your beer to make it just right.

Thanks in large part to the invention and evolution of the tap, we can concern ourselves with such interesting issues of beer drinking art.