When trying to figure out when to transfer wine from primary to secondary fermenter, it only becomes tricky when you are unclear on what exactly is happening during both processes.

Once you get that down, the process, and the transfer, becomes pretty intuitive.

This understanding begins with yeast.

It the old days, as in thousands of years ago, when wine was first discovered, no one was worried about primary and secondary fermentation because it all pretty much took care of itself.

No one even knew what yeast was.

A single celled, eukaryotic living organism, yeast has been around for hundreds of millions of years, if not billions.

It is a type of fungus, and fungi are the oldest living forms of life on earth.

Since the very beginning, yeast has had one objective that has kept it going: find sugar and convert it to alcohol and carbon dioxide – the process we call fermentation.

When it can do that regularly, yeast can thrive. It can reproduce aerobically or anaerobically; it can ferment with or without oxygen (though it prefers with). And it is virtually everywhere.

As you sit reading this, yeast is in your hair, on your skin, on your surfaces, and in your body.

When it senses the presence of sugar, it immediately begins consuming and converting.

Fortunately for us, the fermentation process takes several days, so we are not all walking around slightly drunk off donuts left out for too many hours.

But it really is that simple.

For what is likely millions of years, monkeys have been getting drunk off fermented fruit. They intentionally let the fruit drop from the tree ripe and rot until the yeast ferments all those naturally occurring sugars into alcohol.

More recently, anthropologists discovered tribes of monkeys that tap palm trees and collect the sap, then leave that sap out to ferment for several days.

Those monkeys then have drunken weekends during which they will even fight over the remaining wine.

So you see, fermentation is a very simple process.

For humans, the process was likely just as simple and natural.

A woman harvesting grapes and making juice for her family likely left it to sit for longer than usual, only to find that it had a slightly euphoric effect.

The discovery grew into a fascination when people realized that the longer you allow wine to sit, the more alcoholic it becomes, and indeed, the more flavorful at the same time.

Wine is thousands of years old and is the first human discovery of yeast, although we still had no idea what yeast was; ancient Egyptians called it a miracle.

And the Greeks and Romans had their own gods they thanked for wine.

Over time, of course, the process became more complicated, particularly with the advent of commercial yeast, but really, it does not have to be complicated.

The Simple Process of Wine Making 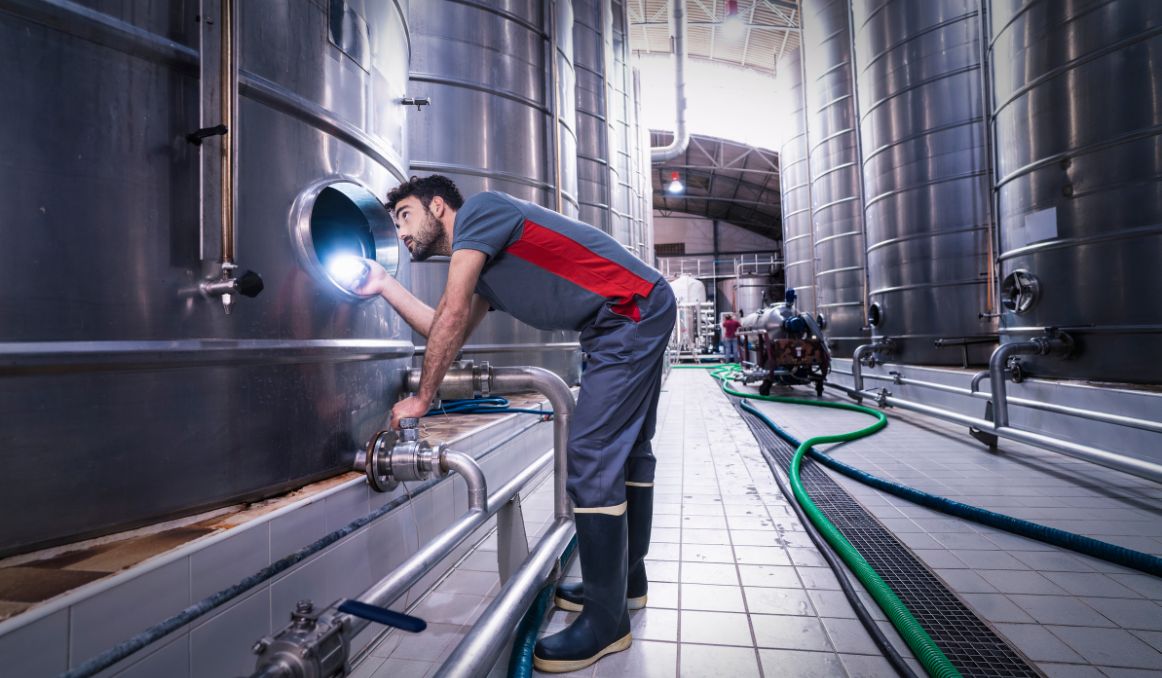 At its absolute most basic, wine making is a simple matter of growing and harvesting grapes that are sweeter than normal table grapes.

We want those extra sugars for the yeast to convert into alcohol.

Then the grapes are crushed, allowing the stems and skins to sit in the juice, called “must,” in order to let all the good polyphenols soak into it.

Then, the solid matter and juice are allowed to sit for several days at a nice warm temperature of 68 to 86 degrees Fahrenheit, usually from a week to ten days.

During this initial period, called primary fermentation, live yeast is attracted to the must, or added by a vintner, and it eats up all the sugars in the must. You will be able to tell this process is taking place because you will see lots of activity, bubbling and fizzing, as the yeast makes carbon dioxide that is released into the air and dissipates.

Also, during primary fermentation, the yeast has access to oxygen, as the wine is ideally left open to the air, with a cloth covering it to keep out debris, so it moves much faster with that oxygen it loves and with the abundance of sugar from the grapes.

Typically, you can tell primary fermentation is done when your gravity has dropped below 1.030, which will tell you most of your sugars have been converted to alcohol.

But you could be finished sooner than ten days, so it is a good idea to regularly check your gravity levels.

You are deciding to make the transition.

Well, the longer you allow your original must to sit with the yeast and convert, you run the risk of getting off flavors from the fresh fruit that is entering maceration stage at that ten day mark.

So you’ll need to filter out all your fruit and move your wine free of all solid matter to a secondary container to allow the remaining yeast to finish fermenting.

It is at this point that the yeast will continue to consume any remaining sugar as well as any enzymes or chemical reactions that created off flavors, delivering a full bodied, flavorful and aromatic wine.

How will you know when secondary fermentation is done?

You will need a hydrometer again to measure your specific gravity. Your ideal goal is to hit a gravity reading of just below 1.0. It is a good idea to check your gravity throughout fermentation, as it will continue to drop until it is completed. Once you notice that gravity has stopped dropping, you know secondary fermentation is complete and you can move to bottling.

If you’re interested in finding out how you can use our technology to control fermentation and monitor your yeast, save work hours and improve the cost-efficiency of your business, drop us a line at info@oculyze.net or check out our product page: