IPAs, hazy beers, lagers, pilsners, stouts, lambics, ales – so many different beer varieties to choose from. And that does not even begin to get into the variety that exists within each variety, from fruits and sours to hops and grains.

But when it comes right down to it, all beers come from two basic roots: ales or lagers.

That’s right, all beer is either an ale or a lager.

You likely already know the process at its most basic, but let’s run through it for the sake of posterity and clarity.

When making beer, the ingredients and the process are simple.

A grain, usually barley or wheat, is malted, a process that changes the microstructures of proteins, starch granules and cell walls.

The malted grain is then cracked to allow for easiest access to the sugars within.

That cracked grain is then boiled in filtered water and steeped to release all those sugars into the water.

The sugary grain water is now referred to as “wort.”

To the wort, yeast is added, and here is where the fun really begins.

While beer can be made with virtually any grain, it absolutely cannot be made without yeast.

For thousands of years, brewers have made beer without even knowing what yeast was or its power over beer, but nonetheless the yeast was working its magic.

The job of yeast is to consume the sugar in the wort and convert that sugar to alcohol and carbon dioxide, making the sudsy beer we know and love today. Yeast also produces dozens of other micronutrients that create the flavors and aromas we look for in our favorite beer.

What many people don’t know is that there are different yeast strains, and those different strains can have a dramatically different effect on the beer.

For one, there’s a wild yeast strain many brewers have avoided for decades called Brettanomyces, nicknamed “Brett” by many craft brewers, which was once thought to be harmful to beer. Now it is highly sought after for its addition of unpredictable and unique taste and flavor.

When it comes to top fermenting or bottom fermenting yeasts, the shift occurred hundreds of years ago.

For centuries, ales were the only type of beers brewers produced.

They went through the normal beer production process and left the beer out to ferment. The yeast naturally attracted to the wort was a warm temperature yeast. Fermentation took place at a temperature range of 60 degrees to 70 degrees Fahrenheit and took about 3 to 5 weeks to complete.

The definition of an ale then, is a top fermenting beer. All this definition means is that the yeast is “pitched” into the wort and when fermentation is complete, the yeast floats to the top of the liquid to be collected and saved for a future pitch.

Bottom fermentation then, is precisely the opposite.

It requires a much cooler temperature, between 35 and 50 degrees Fahrenheit.

According to history, a group of Bavarian monks began storing their beer in icy caves for better preservation and, as a result, the wort attracted a cooler temperature yeast, which, by happy accident, produced an entirely different beer: lager.

It now looks like there were brewers in South America and Chile creating similar lagers even further back, around 1,000 years ago.

Lager, then, requires a bottom fermenting yeast, much cooler temperatures, and takes much longer to complete, up to a few months.

So, when brewers want ales, they pitch S. cerevisiae and store their fermentation tanks at the warmer temps.

And those creating hybrids or blends? That’s a story for a whole other article. 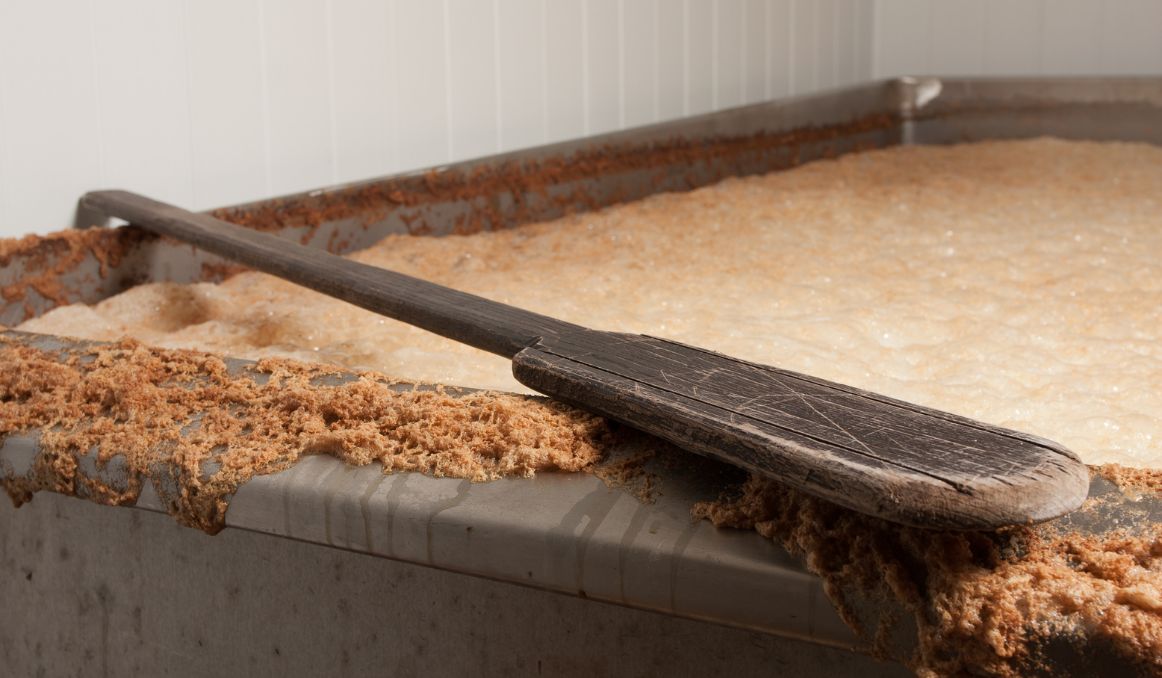 Today, with the rise and celebration of craft beers and small breweries, brewers have the luxury of really experimenting and exploring different varieties of yeast and even leaving the process up to chance.

Some brewers like to get wild and use open top fermentation tanks, inviting wild yeast to come and “mix things up” a bit with their batch.

It can be an interesting way to see what you can come up with and, remember, it is highly unlikely that your beer will be harmed by any bacteria.

Beer: The Nectar of the Gods

Keep in mind that beer has been a staple of the human diet for centuries, long before anyone knew what bacteria, germs, or yeast were.

Indeed, up to just a couple hundred years ago, beer and bread, both produced with yeast, a wild fungi, were the most nutritious food and beverage humans could eat.

Families survived on ales and lagers that had a thick consistency, think mead, and bread. The beer was practically food, and it had an alcohol volume of just around 1%, enough to keep anything harmful out of the drink and preserve it as well.

So, whether you are drinking ale or lager, whether your beer is a top fermented beer or a bottom fermented beer, you are likely safe to brew as you like, play around with varieties, mix and match, blend and hybridize, and then be sure to share with your fans.

True beer drinkers around the world are always happy to try new batches!