Whether you are baking, brewing, winemaking, or doing any other kind of food or beverage work that requires yeast, you have likely found yourself in a situation where you are searching for a substitution.

Unfortunately, unlike with baking soda, cornstarch, or even sugar, there is no substitution for yeast.

The good news, however, is that there are many substitutions for any specific kind of yeast.

Let’s discuss what this means. 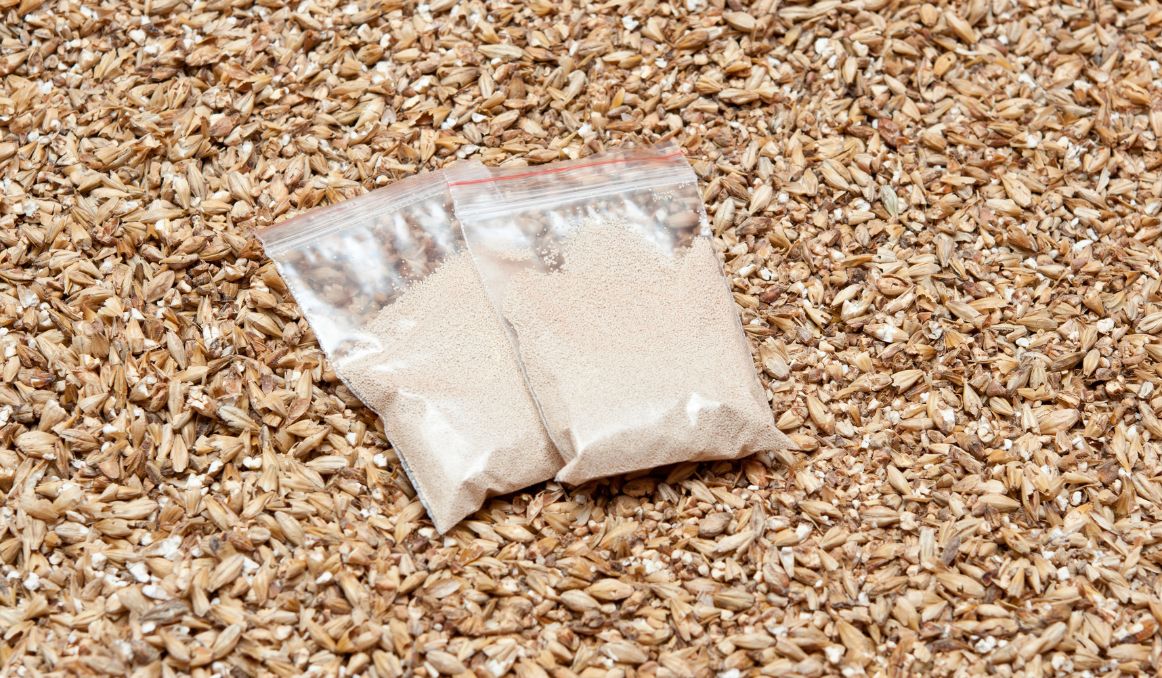 Yeast is singular in that it is the only thing on the planet that will undergo alcoholic fermentation.

A single celled, eukaryotic living organism, yeast has been around for millions of years, if not much longer; it is, after all, a member of the fungus family, which is the oldest form of life on earth.

Yeast can live in the wild for a long time, reproducing many times in its lifetime. Yeast typically reproduce sexually or asexually and in the absence of oxygen or in oxygen rich environments.

And they do all of their work, thriving all the while, as long as they have access to their natural energy source – sugar.

Yeast is on a constant hunt for sugar, which they will get from starches, fruits, or vegetables. They can work with any fermentable sugar.

Fermentation is the name we give the chemical process yeast, and other organisms, undergo when they break down one substance and make another.

When yeast consumes sugar it is doing so for energy. That is the purpose of yeast fermentation.

But the byproduct of that fermentation is what humans are attracted to – alcohol.

You see, when yeast consumes sugar, it expels alcohol and carbon dioxide as waste products, along with hundreds of other secondary metabolites that create the flavor and aroma we love so much in our beer, wine, bread, and other fermented foods.

And yeast has been doing this fermenting since long before humans hit the scene.

You can go out into nature and collect yeast from virtually any sugar source – fruit on the tree or vine, starches in fields, vegetables in patches, and a number of other plant life sources.

Scientists in fact first collected yeast from these natural sources for corporations to cultivate and mass produce.

Today, many craft brewers will head out into the wild and collect yeast native to their region to experiment with for local flavors and aromas.

All of this to say that there are hundreds if not thousands of substitutions for so called “brewer’s yeast” as that name has been given only to what has been categorized by marketing companies to sell to brewers.

You can absolutely use baker’s yeast, wine yeast, or even a SCOBY, a combination of bacteria and yeast, to ferment your wort into beer.

The key is to get a yeast working, consuming sugar and converting it to alcohol.

The only thing to be mindful of is the flavor and aroma profile will change with each different sub strain of yeast, of which there are currently hundreds catalogued.

In general, yeast is categorized under three primary headings: Saccharomyces cerevisiae and Saccharomyces pastorianus, those are ale yeast and lager yeast, respectively, and Brettanomyces, which is a bit of a wilder, unpredictable yeast that will create a souring effect in beer some beer drinkers and brewers love.

In terms of yeast, that’s it. All beer, bread, wine, and anything else fermented that produces alcohol and carbon dioxide falls under those three categories.

Now, what makes the substrains different?

Brewer’s yeast tends to feed on starches better and has a middling tolerance for alcohol. Most brewer’s yeast substrains will die off after about 12 or 13 percent ABV is reached.

Baker’s yeast has a very low tolerance for alcohol and will die off after about 6 or 8 percent, which is not a problem because bakers really only care about the carbon dioxide created by fermentation, which leavens the bread, or makes it rise. The alcohol is all but completely burned off during the baking process.

Wine yeast has a much higher tolerance for alcohol, reaching heights up to 16 and 18 percent, and it is, not surprisingly, usually the yeast you will find sitting out on grape vines, particularly the sweeter grapes.

SCOBY is the wild bacteria and yeast combination used to make kombucha and produces a very low alcohol content, focusing more on creating probiotics and other beneficial nutrients for humans than creating alcohol and carbon dioxide, which come in at very low levels.

Wild yeast can include any of the above substrains of yeast that have already been categorized, and more. It is likely there are still hundreds of strains that have yet to be discovered, but craft brewers, winemakers, and bread makers are certainly always on the lookout for the next interesting notes to be found in the wild.

The only other fermenter in nature is bacteria, which undergoes something called lactic acid fermentation, which breaks down sugars and produces probiotics, vitamins, and nutrients that are beneficial to human health.

Some brewers will mix wild yeast and wild bacteria as a kind of nod to ancient brewing practices, which necessarily included both as they simply left the fermentation vessel open to attract any fermenters they could get.

While it may seem a radical approach to take for many brewers used to the tried and true method that has been established over the last century, which includes purchasing brewer’s yeast from a manufacturer, you actually have many, many options for substitution if the need, or the interest, arises.