The beer industry, for thousands of years, has been largely experimental. There is a reason we call smaller breweries today “craft breweries.” They are honing their craft. And that experimentation comes with a lot of questions. Lately, a common question has become “why does my beer explode when I open it?”

It’s a good question, as it does seem to be a new phenomenon.

But it’s not all that new, and it happens for many reasons. 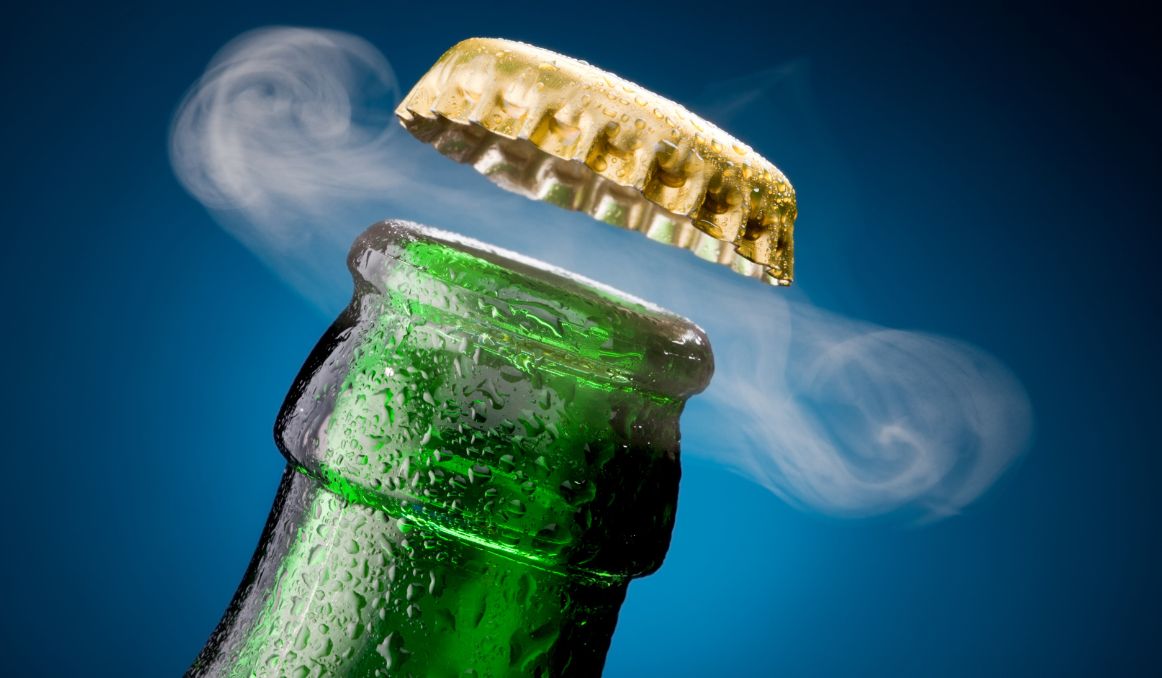 Exploding beer was never a problem for early brewers because they never had to manage airtight containers.

You see, when brewers work their magic, they are essentially performing a sort of chemistry project.

Grain is malted to convert starches to sugars and then cracked open to expose those sugars.

The grain is then boiled and steeped in water, drawing all those fermentable sugars into what is now called wort.

Herbs are added to cut down on sweetness, and then yeast is introduced.

Yeast is a single celled, and single minded, if you will, living organism in pursuit of sugar, so long before brewers even knew what yeast was, yeast knew what it wanted, and it worked hard to get it.

Brewers did not have to do much. They left their wort out, exposed to the elements, and yeast, which is naturally occurring in pretty much all environments, was attracted right to the sugars in the wort.

The fermentation process is both simple and complex at this point.

Yeast consumes virtually all the sugars in the wort and converts them to alcohol and carbon dioxide, along with several hundred other micronutrients that are largely nutritious for humans.

Now, most people get what alcohol is and what it does – an inebriant that will both cleanse the beverage and alter your state of consciousness, getting you, in effect, more and more buzzed or drunk with each drink.

Carbon dioxide, on the other hand, is a bit more mysterious to us.

We know it creates bubbles in liquid, but that’s about it.

In technical terms, then, carbon dioxide is a chemical compound made up of molecules that have one carbon atom and two oxygen atoms.

At room temperature, CO2 is found in a gas state, transparent to the visible eye. We hear about it a lot in the news because it is released into the atmosphere when fossil fuels are burned, and its acid levels in great volume can cause damage to our ozone layer, making us more susceptible to damage from the sun.

In short, CO2 is a powerful gas.

And those brewers so long ago simply saw it as a natural byproduct of the beer making process, fermentation, which it is.

But without airtight containers, the CO2 dissipates from beer and heads back into atmosphere.

Virtually all beer was relatively flat hundreds of years ago. 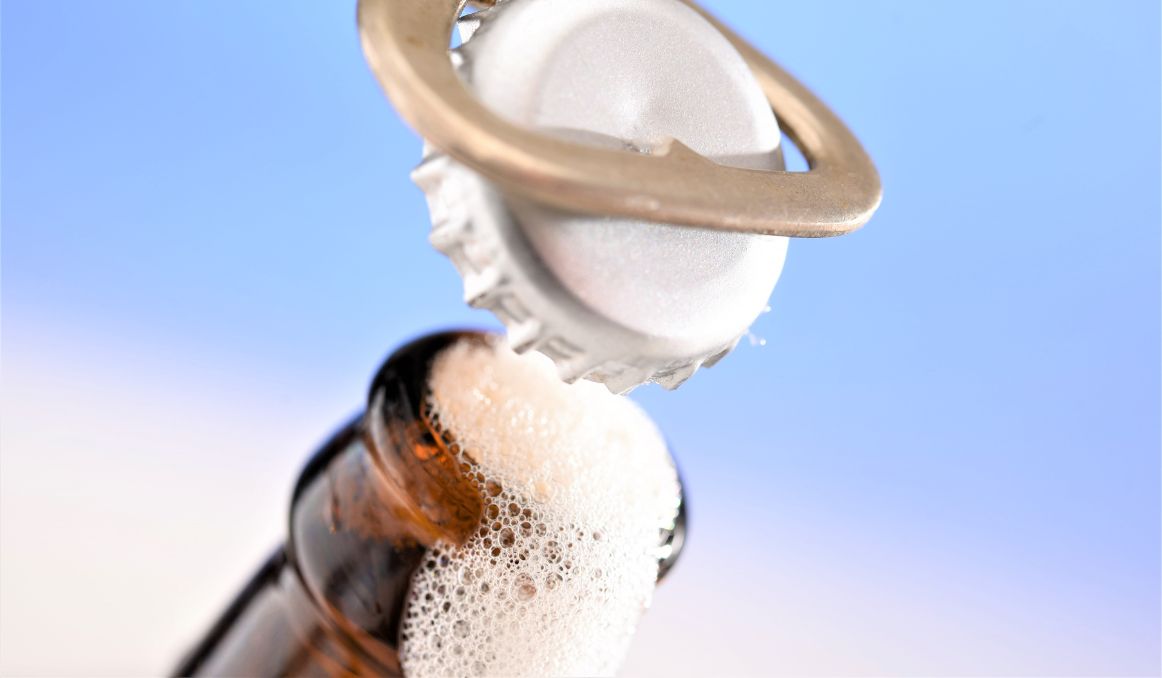 The lesson had to be learned, however, once brewers started bottling and canning beer, that when CO2 is put under pressure, it can explode.

This exploding phenomenon is what we see in bread.

When yeast is added to bread and the sugars are converted to alcohol and carbon dioxide, those tiny bubbles created have nowhere to go, which is why the bread expands, or “rises.”

The same thing happens when beer is bottled or canned too quickly.

The first brewers to bottle beer where trying to help voyagers and explorers in the 1600s ensure their trip was a beer filled one.

Well, the first bottles exploded, of course, because the brewers went straight from fermentation to airtight bottle.

At first, yeast may seem to be dormant, but after removal from one vessel to another, say in the transfer from fermentation vessel to bottle, the yeast will reinvigorate and begin to consume any remaining fermentable sugars, creating more alcohol and carbon dioxide, carbon dioxide which is now trapped inside a bottle.

Glass flies everywhere in this case.

It was thus that brewers learned to rack beer, going from primary fermentation to secondary fermentation, allowing any yeast not collected to go ahead and reinvigorate and consume any remaining fermentable sugars before bottling.

This process also produces a more even, smoothed out beer as an added bonus.

The issue of exploding beer had to be managed again when canning was introduced as aluminum is weaker than glass, and temperature had to be accounted for.

If you keep beer cold enough, but not so cold it freezes, yeast will lie dormant. Once it warms up, it may jump back into action and start fermenting again, so any unstable beer with remaining unfermentable sugars will likely explode.

If you freeze beer, it will explode not because of added fermentation but because frozen liquid expands.

The frozen liquid with carbon dioxide then creates an explosive element that will pop open your bottle or can.

Today, craft brewers are experimenting with various approaches to beer, and one of them involves adding fruit to the beer at the very end of the process.

Fruit, of course, has fermentable sugars in it, so as the can of craft beer sits, especially if it warms up, any remaining yeast will activate and start consuming those sugars, creating more CO2, and of course resulting in an explosion.

Indeed, several beers had to be recalled due to their unexpected explosions on shelves and in consumer hands.

So, if you are hoping to avoid exploding beer as a brewer, be sure to rack your beer and allow for secondary fermentation.

As a beer drinker, just be sure to keep your beer cold, but not freezing, until you are ready to drink it.

And for goodness’ sake, don’t shake it!