For many years, cloudiness in beer was unheard of. Today, cloudiness is in high demand. So what makes beer cloudy, anyway? Why have the times changed, and what is different today in beer from beer made just 20 years ago?

Beer is a beverage discovered thousands of years ago.

We say discovered because it seems to have stemmed directly from the agricultural revolution, when nomadic people began to domesticate animals and grow crops, settling down into communities and irrigating land for food production.

A result of this shift was the production of cereal grains like barley, wheat, and oats.

Quickly, those in charge of making meals for households and entire kingdoms realized that these grains tasted much better when toasted, roasted, or kilned – what today we call “malting.”

Those toasted cereal grains were made into meals – think of oatmeal, cream of wheat, etc.

When left out long enough, these meals would ferment into an alcoholic beverage that soon became served alongside every meal for the entire family.

Now it is important to note that for thousands of years beer has been both sour and cloudy as a natural byproduct of the process.

Think about it – beer is made from grain and hops; that’s it.

Grain is toasted and ground then boiled and steeped. Somewhere along the way, depending on the preference of the brewer, hops are added.

Both grain and hops are rich in proteins and other enzymes that will naturally transfer into the wort, even after the larger sediment has been strained out.

Then, once yeast has been added, or attracted to the wort as in ancient times, you have still more fine sediment that will suspend in the liquid long after the beer has fermented and settled into its frothy goodness.

Beer has always been cloudy.

This cloudiness has also been referred to as haze, and in a freshly brewed beer you can see strings of this haze dancing in the light.

Clarity in beer is a relatively new phenomenon brought on by commercialization of beer and a hyper emphasis on sanitation that actually has nothing to do with safety in beer.

The Industrial Revolution, Cleanliness, and Clarity

Once the industrial revolution struck in the 1800s in the western world, the scientific revolution got a boost with the mass production of microscopes and other equipment that allowed us to see what types of bacteria and viruses we were living with.

This led to a hyperfocus on ridding ourselves of all bacteria, germs, and other unwanted microbes in our environment.

Suddenly, everything – our houses, our clothes, our bodies – needed to be super clean, sanitized, and gleaming.

We even invented antibiotics to kill off all bacteria that might do us harm.

Of course, cleanliness is a wonderful thing, and antibiotics have saved millions of lives.

But the obsession with sanitized environments has also led to the advent of superbugs that are now resistant to even the strongest cleaning solutions as well as super bacteria that are virtually immune to antibiotics.

Not to mention the destruction we have wrought on the human gut, which is supposed to be rich with good bacteria that keeps us healthy.

Another result of this obsession with cleanliness was the removal of all sediment in beer – the theory was that if beer was cloudy, it could make you sick.

Beer companies went to great lengths to filter out and strain out all signs of cloudiness or haziness, and then beer drinkers came to expect a completely clear beer.

Can Cloudy Beer Make You Sick? 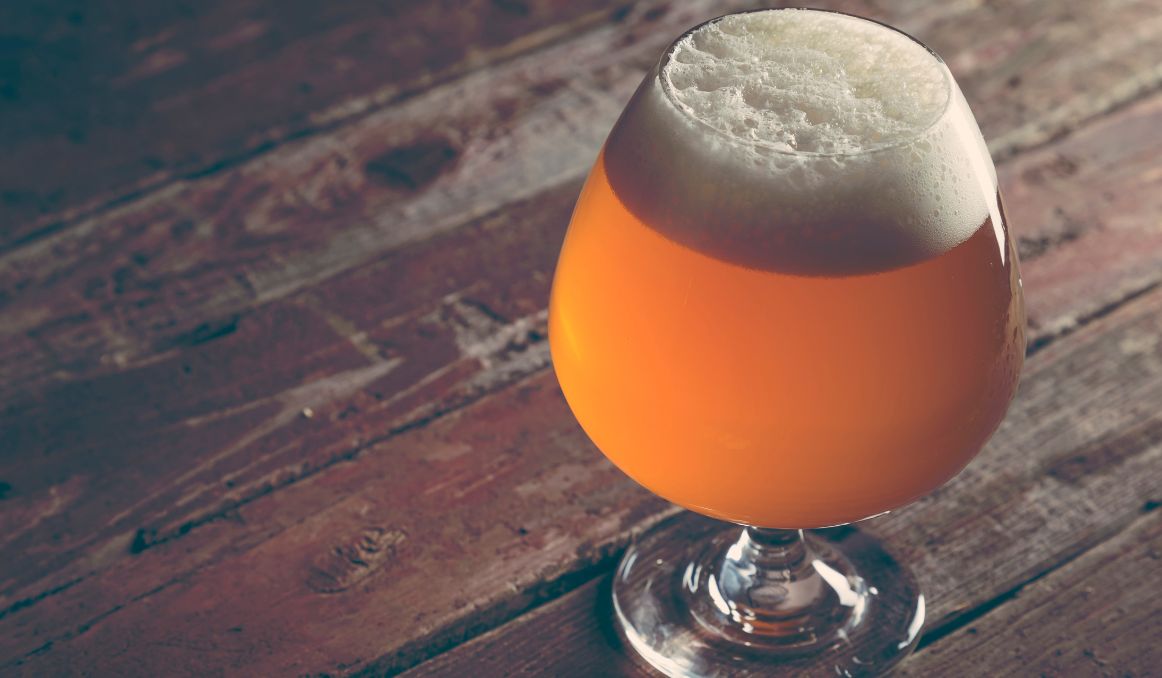 But, again, beer has long been cloudy thanks to the proteins and yeast in beer, and not only has no one ever gotten sick as a result, but, thanks to the good bacteria in traditional beer and the alcohol that cleans out any unwanted toxins, beer was often the safest thing to drink in any household.

Cloudy beer does not make you sick.

And fortunately, the last couple of decades have seen a return to and rise of old ways, with craft breweries not only allowing their beer to remain cloudy but in fact encouraging super cloudy beer.

Today, you will find beers on the market specifically named for their haziness, so expect to see a lot of clouds in the beers you experiment with.

For brewers, you can increase the cloudiness of your beer simply by choosing higher protein grains like barley and wheat, by dry hopping your beer, by not filtering out your smaller sediment or by bottle conditioning.

Bottle conditioning, the practice of adding in a small amount of sugar and/or yeast right before bottling, will inevitably lead to cloudiness in beer that simply cannot be avoided.

The practice began as a way to ensure that crisp, clean carbonated effect upon opening a bottle of beer, and it has spread far and wide among brewers.

So much for clear beer.

How to Clear Up Cloudy Beer

If you are hoping for clear beer, however, there are measures you can take.

You can also avoid bottle conditioning your beer, which will make it less carbonated, but certainly clearer.

And you can always follow the practices of those commercial brewers who triple rack their beer, filtering out sediment multiple times, and allowing for protein rest and secondary and even tertiary fermentation.

Finally, you can raise the temperature of your beer after fermentation to gently kill of any remaining yeast in your brew.

Of course, many hardcore brewers will argue that when you kill of cloudiness you also kill of flavor, but as we all know, taste is more subjective than anything, and you may find your own niche market of beer drinkers who love a clear beer.