Sake is thought to be perhaps even older than beer. It has been around forever, and yet we still know so little about it here in the western world.

What is it? How is it made? And, since we have to at least try everything to see if we might like it, what is the best sake for beginners?

Sake: from China to Japan 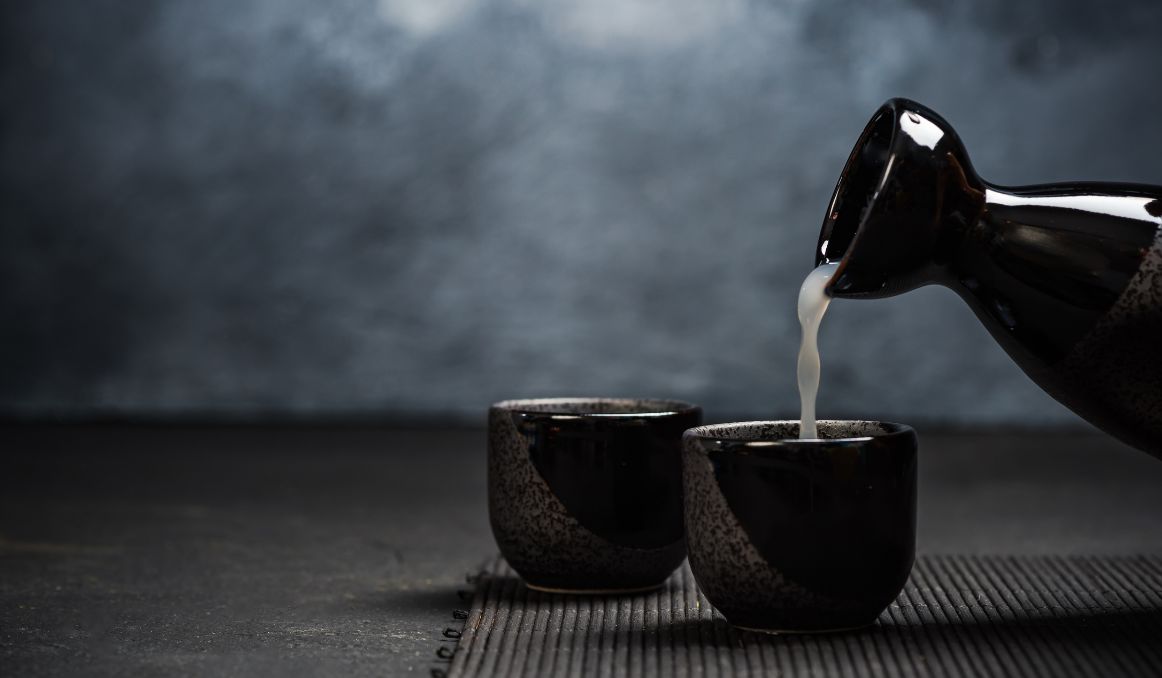 First came wine in the wide world of fermented beverages. It’s an obvious first as it is an almost entirely natural process.

Fruit grows; it ripens; it falls from the tree; yeast is attracted to the sugars; the fruit now has alcoholic content.

Monkeys pick up on this process in nature and have drunken weekend benders.

Beer, on the other hand, is a more refined process.

You must harvest the grain, roast, or kiln it, crush it, boil and steep it, and then allow the yeast to get to fermenting.

Sake is a cross between the two, beer and wine.

The Chinese have been harvesting rice for millennia. They have also long mastered the art of preservation and fermentation, with foods such as fermented bean curd, soy sauce, and vinegar.

Thus, it is no wonder they invented a sort of rice wine called sake, which followed a similar process to that of beer.

Then, when Japan and China began trading with and invading each other around 4,000 years ago, sake was introduced to Japan. The Japanese have been refining the process ever since.

How Sake Is Made

Much like beer, sake is made from a grain – rice.

Sake is made using one of three very special grains of rice – yamadanishiki, gyohakumangoku, and miyamanishiki – all of which make up nearly three-quarters of the total rice cropping area in all of Japan.

Once the rice is harvested, again like beer, it must undergo a process that exposes the inner shell of the rice to the water for fermentation, making the enzymes easier to get to for the yeast.

It is polished to a very fine degree, sometimes removing as much as 70% of the original outer hull and leaving only that inner nugget exposed.

The rice is then soaked in filtered water and spread out on a long table.

Now, a bacterial mold called koji is sprinkled liberally over the rice. This mold will convert the starches in the rice into sugars. Yeast need sugar to consume in order to convert it to alcohol and carbon dioxide.

Finally, the rice is steamed and soaked in water again with yeast and the fermentation process begins.

Here is where sake is like wine – the alcohol content, the aging process and the typical absence of carbon dioxide.

Whereas beer is usually done within a few days, and maybe a few weeks if allowing for second fermentation, wine and sake take weeks or months.

Also, because of that koji, the rice now has ample sugar for the yeast to feed on, unlike beer which has minimal sugar even after the kilning of the grain.

Combined, the sugar in the rice liquid and the time the yeast is allowed to ferment lead to an alcohol content that is higher than beer, and even often higher than wine.

On average, undiluted sake runs from 18% to 20% ABV, and diluted it still contains around 15% ABV. That will give you a quick head rush beer just won’t deliver.

It also resembles hard liquor in the way many people consume it.

Ever heard of sake shots? Sake bombs? Yea. That’s a Friday night out on the town with buddies, for sure.

A sake shot is just what it sounds like – sake served in a shot glass that you toss back in a single mouthful.

A sake bomb is that sake shot dropped into a glass of beer with more sake poured on top. You are supposed to then guzzle the sake bomb in a straight shot.

So, if you are wondering what is the best sake for beginners, those two are probably not it. Not if you actually want to taste the sake, that is.

A super premium fragrant sake with a very small amount of distilled alcohol added to enhance flavor and aroma. The rice is polished to a minimum of 50%.

Much like Daiginjo, but the rice is polished to a minimum of 40%

A lighter, mildly fragrant premium sake with rice polished to a minimum of 70%, also with distilled alcohol added.

Very basic, to the point sake, made only with rice, water, yeast, and koji, with no minimum polishing ratio.

If you’re trying sake for the first time, you should aim high, not low. Look for a premium sake meant to be drunk chilled and slowly.

A nice addition to a great sake is the sparkle factor, so you could look for something like Kanpai London, FIZU Sparkling, or Akashi-Tai, Junmai Sparkling Sake.

The sparkle encourages a slow, cool drink that will allow you to appreciate the subtle flavors and aromas in the drink.

You could also try Hatsumago, Densho Kimoto Honjozo Sake, which is from a reputable brewer out of Japan founded in 1893. It follows the traditional sake process.

And for something a bit fancier, check out Four Fox Sake, Junmai Daigingo, which uses snow melt water from Niigata for its brewing process.

In the end, take your time, drink the sake with some fresh sushi or other Japanese, and explore many of the different varieties, picking and choosing among your favorites.

Save the sake bombs for much, much later.