Not all off flavors are unwanted in beer, despite the name. What’s undesirable in one beer might be sought after in another. Fruity, malty, and bitter flavors can be a welcome addition to a great beer. But green apple off flavor, even if drinkers may enjoy it, is often a sign of something much more sinister than a mere trick of too much or too little of an enzyme.

Green apple off flavor in beer is typically the result of the presence of acetaldehyde, a dangerous chemical that is highly toxic to the human body.

So how does it happen? 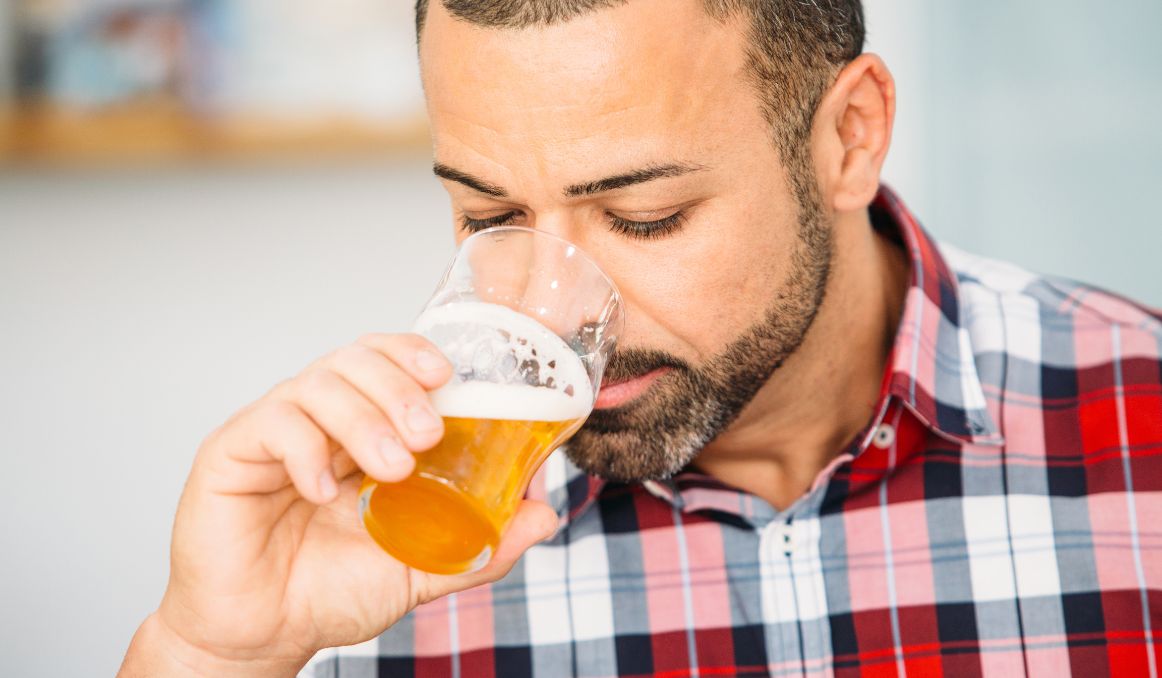 It all starts in the brewing process, and it all, well, almost all, has to do with the yeast.

In either case, the grain for beer is typically toasted to bring out fermentable sugars, ground for better access to those sugars, and then mashed in to hot water.

The grain is then sparged, or rinsed and separated from the liquid, boiled again, hops are added for bitterness to balance all that sugar, and yeast is either allowed to attract naturally to the brew or, most commonly these days, added to the brew by the brewer.

Once the yeast is added, it gets to work consuming all the fermentable sugars in the wort and converting them to alcohol and carbon dioxide.

It is during the primary and secondary fermentation process that most of the flavors are created, with two exceptions.

You could have bacteria enter your beer from either your water source or cracks in your lines or equipment, or you could have Brettanomyces in your beer.

Again, not all off flavors are unwanted. Brettanomyces, a wild, unpredictable yeast that produces a sour flavor in beer, is highly sought after by some brewers and beer drinkers.

You usually want to avoid bacteria that comes from contaminated water or equipment, however,

Other unwanted off flavors, like that of buttered popcorn or baby vomit, are also unwanted.

The good news is that you can avoid pretty much all unwanted off flavors by simply allowing your beer to fully ferment both during primary and secondary fermentation.

How can you tell fermentation is complete?

With primary fermentation, you can watch the krausening. Your beer will get fizzy and frothy, creating a large crust that foams up on the top of the beer in the vessel while the yeast is having its feeding and converting frenzy.

Once that krausen dies down and absorbs back into your beer, the yeast will clump, or flocculate, either on the top or the bottom of your vessel, depending on whether you have ale or lager, respectively.

For secondary fermentation, you will rack your beer, moving it from the primary vessel to a secondary vessel, effectively filtering out all the sediment and debris, as well as the bulk of your yeast.

You can tell your beer is undergoing secondary fermentation because the remaining yeast will activate again, and you will see subtle bubbling. Once that bubbling dies down, usually about a week or two later, you can be fairly certain your beer is ready to serve.

But you will learn to trust your nose and your tongue to be sure.

What Causes Green Apple Off Flavor in Beer 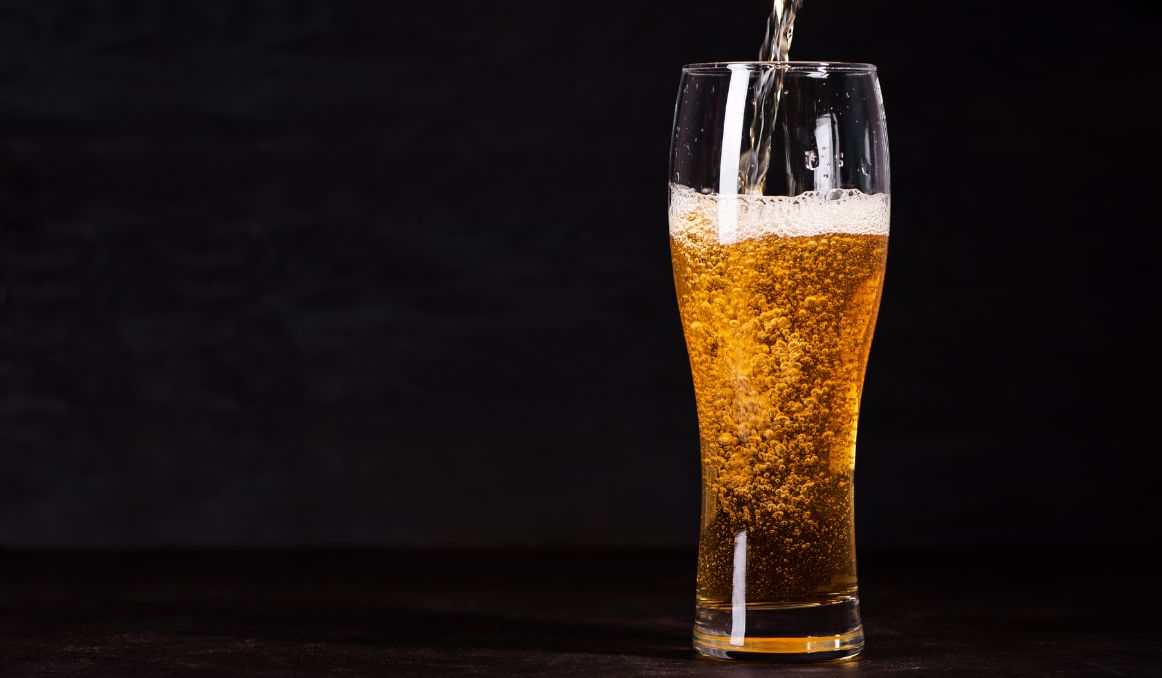 In the case of that green apple flavor, the chemical that causes it is called acetaldehyde, and it occurs when your beer has been under pitched, has a very high gravity, or is brewed at a temperature too high or too low.

Rest assured, if you have green apple off flavor in your beer, you are not alone.

Virtually every beer will have this off flavor at some point because yeast naturally produces acetaldehyde during fermentation. It is, in fact, the precursor to the production of ethanol.

In short, if you have an abundance of acetaldehyde in your beer, it simply has not been allowed to ferment for long enough, so you’ll need to give it more time.

Why not just leave it?

Acetaldehyde in Your Body

Another cause of acetaldehyde in beer is oxidation of beer, which often occurs during home brewing.

So you definitely do not want too much acetaldehyde in your beer.

How to Insure Against It

The good news is yeast and alcohol will indeed do most of your cleanup work for you, and you can take care of the rest.

First, be sure all of your equipment is sanitized and your water is in good condition.

Next, be sure you pitch a sufficient amount of yeast so it can do its job.

Then, allows sufficient time for fermentation. This is probably the most important step to avoid any unwanted flavors. Yeast is really good at its job, both fermenting and cleaning up after itself. If you give yeast time to fully ferment, which produces fully formed alcohol, and then fully undergo secondary fermentation, yeast will mop up any mess it left behind in the form of off flavors.

Finally, do not expose your beer to oxygen repeatedly during fermentation, which only allows for more bacteria to potentially get into your beer.

Cover all your bases, and you should be green apple free.

If you’re interested in finding out how you can use our technology to control fermentation and know exactly how much yeast to pitch every time so as to avoid off flavors, drop us a line at info@oculyze.net or check out our product pages: