A significant problem with the transfer of goods in modern trade is that it has led to the spreading of harmful invasive species globally. This is especially true for wood boring beetles, as they can get introduced via shipped plants or plant material as well as the package wood itself. At the same time, the identification of these beetles is almost impossible for a layperson and requires years of training and practice, making it hard to distinguish between harmless and potential invasive species. As a result, most of the beetles found by plant health authorities in harbors, airports or warehouses do not get identified correctly.

The LTZ (Landwirtschaftliches Technologiezentrum Augustenberg) and Oculyze are meeting this challenge by using AI to automate the insect identification. The goal is to have a system that can be simply used by authorities to get a quick on-site diagnosis and which can help in the decision-making process for further steps.

Currently we are concentrating on the following species:

Under ideal conditions, a marker sheet of paper is used to allow estimation of size. The sheet has been designed to be cheap to mass produce or self-print. However, the detector has been developed to detect insects in different capture conditions including detection without a reference card.

When the image marker card is found, a dedicated software is applied. When no marker is found, the system switches to a more generic classifier; in this case, no size estimation will be possible. 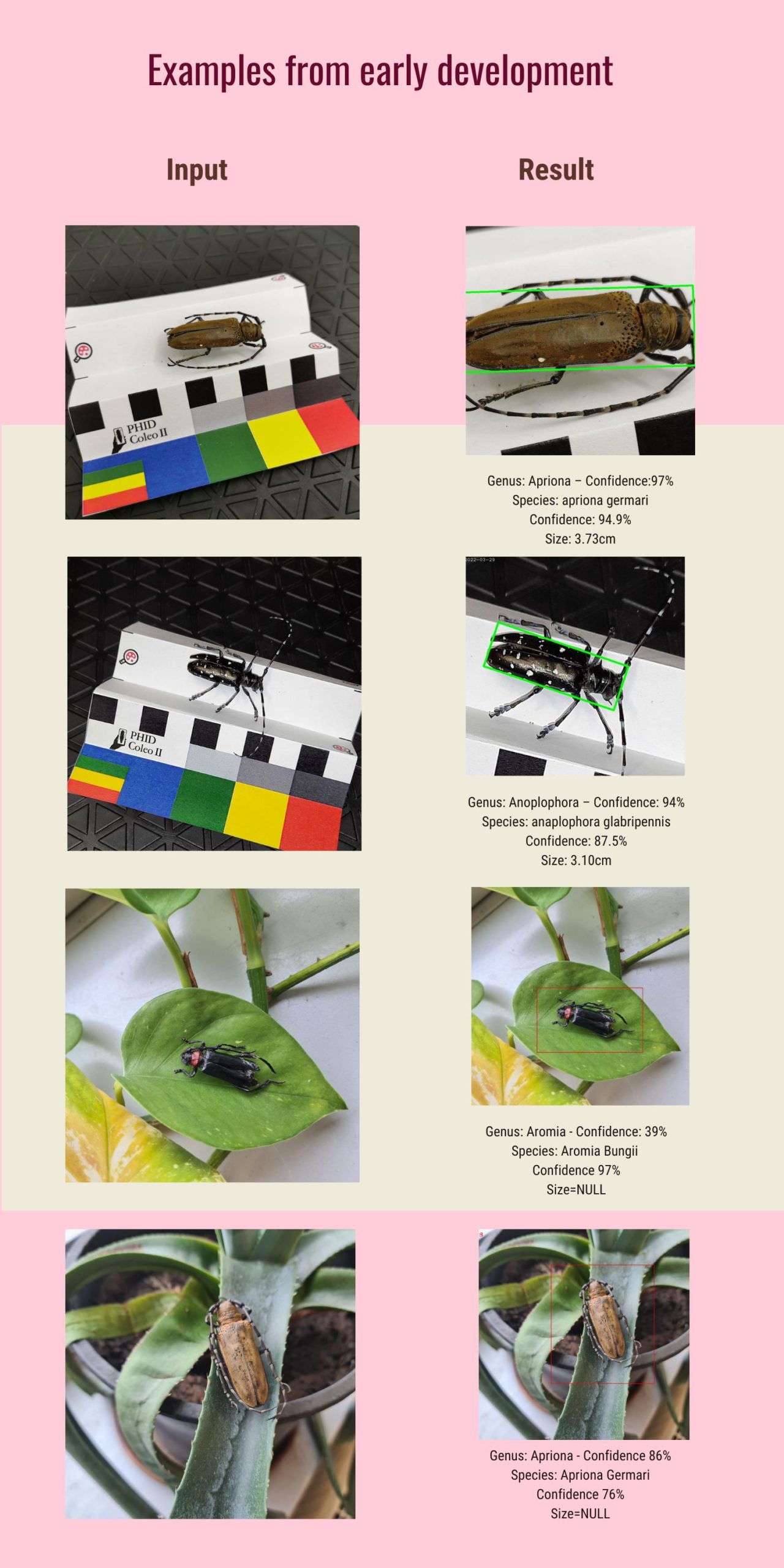 Even at this early stage, for the species chosen, detection and classification are achieved with high confidence and accuracy. The algorithm has been trained to cope with challenging light and perspective conditions. Overall species and genus are correctly classified in most of the tests, even without the use of the reference card. For images captured using a reference card, confidence never goes below 90%, while accuracy remains very high.

If you want to learn more about this particular automatic identification system or you are interested in developing a similar custom solution for your business, contact us at info@oculyze.net! Also, you can now test our insect identification by photo system for free. Just upload your own images or use the testing images we’ve provided for you.