These days, skeptics can’t help but wonder if you can simply slap a label like “organic” or “artisanal” on anything. And the truth is that in some cases, you can. The debate over craft beer has shown us that definitions can not only hold vague or little meaning, but they can also change over time, based on market pressure and/or popular and industry demand.

So what is artisanal beer? And how does it differ from craft beer? Or industrial beer for that matter?

Let’s begin with craft beer as it is the most obvious. 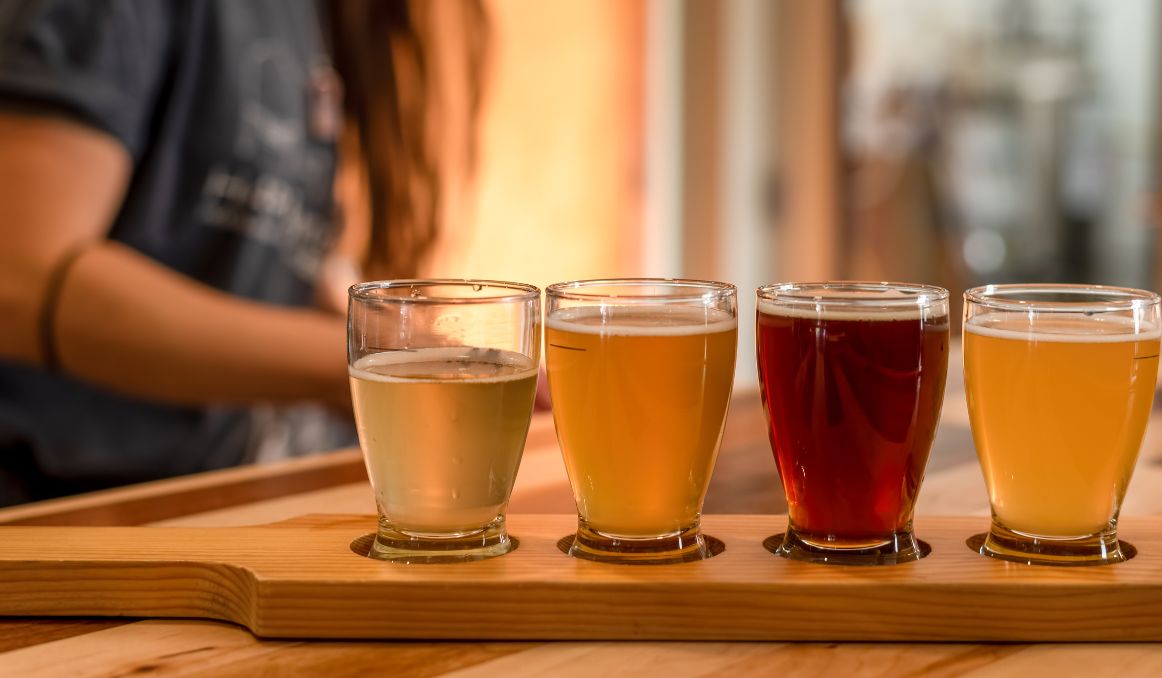 What Is Craft Beer?

In the beginning, it is fair to say that all beer was craft beer, and perhaps even artisanal. The definition of craft beer has been decided upon by the Brewer’s Association in the United States, the second largest beer producer in the world after China. The BA states that to qualify as a craft brewer, the brewery must be small and independent.

Small once meant 2 million barrels of beer produced per year. However, when Samuel Adams Brewing crossed that threshold in 2010, rather than cease to consider Sam Adams craft beer, the Brewer’s Association merely lifted the threshold.

You can see how for some beer drinkers, and some very small breweries, the term begins to lose meaning as the definition of small changes.

Independent, to the Brewer’s Association, means that less than 25 percent of the craft brewery can be owned or controlled by a beverage alcohol industry member that is not itself the craft brewer. This part of the definition simply means another beer corporation cannot have a large percentage of ownership in the craft brewery.

So while craft breweries do produce, in general, significantly less that industrialized breweries, the name really comes with a sense of culture, with a feeling of promoting small business, and with an adventurous spirit brewers want to exude and encourage in their loyal customers.

The term craft is one to be coveted in brewing, to say the least, but it does not always mean the same thing we may think of as “small” or ‘independent.”

What Is Artisanal Beer?

Artisanal beer, on the other hand, does.

In fact, if you look up the definition of artisanal beer, you will be hard pressed to find a strict definition.

There is no gargantuan brewer’s association deciding globally what artisanal means when it comes to beer.

There is, however, a growing movement in Europe, and specifically in Italy, to keep craft beer truly craft, and so they use the term artisanal instead.

According to Union Birrai, Italy’s largest brewer’s association, an artisanal brewery “is a brewery who produces unpasteurized beer in establishments that do not reach quantities exceeding 4,261 barrels per year.”

The artisanal beer crowd is one that meets on a weekend and shares beer with friends. They head out to the pub and enjoy not only the shared experience of drinking beer together, but also one of sharing the same large bottle of beer split five ways.

They do not usually get inebriated, it’s not a binge drinking competition, it’s one of style and class, appreciating the art of beer, the experience of trying something new or of supporting a truly small, local business that creates a live product.

What Is Industrialized Beer?

Which is why it may be fair to say that in the beginning, all beer was artisanal. Beer was made in small villages, by a farmer or a pub owner who had a relationship with a local farmer.

The product was live and it was fresh.

Grain was roasted and mashed into hot water, herbs were added, the wort was fermented, and the beer was served as soon as it was ready to waiting patrons.

The beer did not travel outside of the village, and there was no reason to make more than a few barrels at a time.

Of course, populations grew, industrialization took hold, and mass production of beer was almost a given.

Of course, if we can create gigantic vats of beer, bottle it, and ship it for profit, we will.

And, of course, if we are going to do that, we must make changes to the production process. We must filter the beer, we must preserve it, we must add sugar at the end for carbonation or run the beer through a carbonation system so clients get that satisfying fizz when they pop the top.

Does It Really Matter?

But for many beer lovers, those who have the occasional beer, once or twice a month, those looking for something truly artistic, handmade, created with love, and yes, alive, artisanal beer is a thing of beauty.

And yes, they will tell you, it matters a lot.

Typically, artisanal beers are a throwback to those old days when the brewer had a relationship with the farmer, when you knew where your grain came from, what was on and in the grain, where you knew the quality of your water, and where the herbs were at peak freshness.

Patrons of the art of beer will continue to seek out artisanal beer, and indeed, many of today’s craft brewers became artisanal brewers specifically because they were seeking that ancient authenticity.

Jester King Brewery in Austin Texas is a perfect example of a truly artisanal brewery in the US. Capped at 2,000 barrels per year, this beer remains true to its “terroir.”

Upright Brewing is another example, out of Portland, Oregon, making just 1,200 barrels per year. The company aims to create a lifestyle they love for their owners and staff members, and make great beer locals enjoy drinking.

Lilith APA from Birrificio Bruton in Tuscany is a great Italian example of artisanal beer, unfiltered and made using farro grown nearby.

In the end, artisanal beer should be just that, truly artisanal, and fortunately for beer drinkers around the world, the artisanal beer crowd is only continuing to grow.