So you’re out having sushi, and you order a Japanese sake. You order it because a friend does, because you heard it’s good, or because you have had it before and have acquired a taste for it. But, what is sake, anyway? And is sake distilled or fermented? 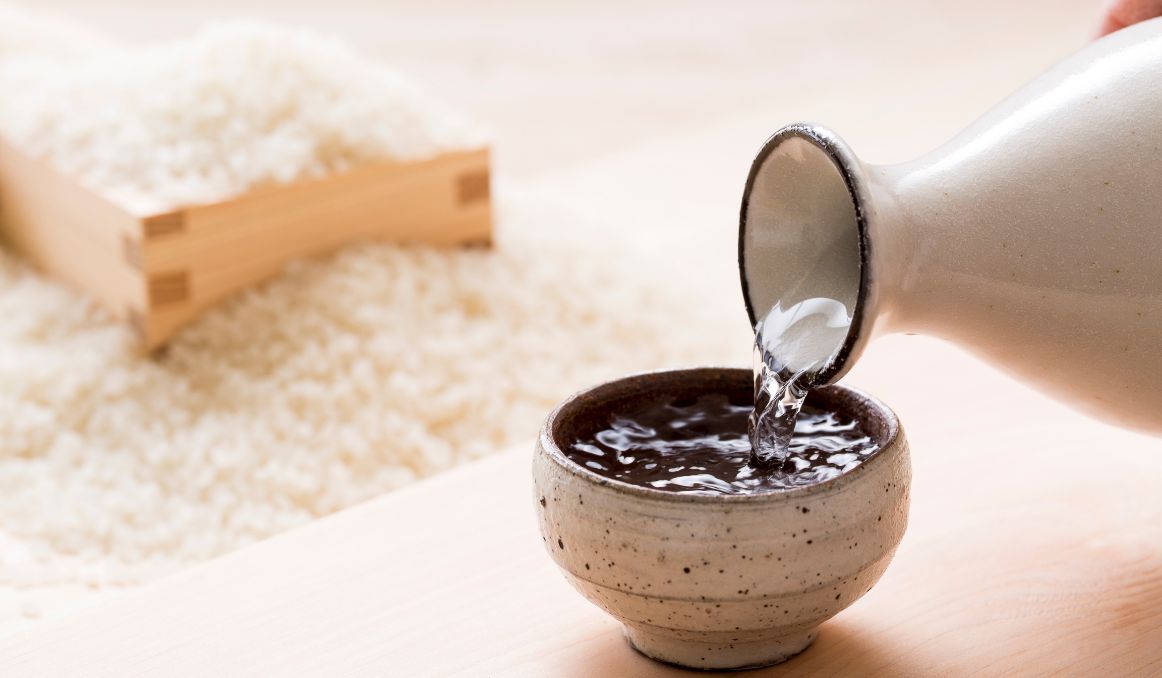 Sake is a traditional Japanese rice wine that has been around for at least two thousand years, and perhaps much longer.

Back then, Japan used to farm all of its rice in China, and at the end of the season, during the rice harvest, sake was brought out to celebrate.

It is a simple wine made fermented grains, namely with fermented rice.

The basic ingredients for the brewing process are sake rice, water, yeast, and koji.

But far from basic are the details of each ingredient.

The rice used is a special one called “sakamai” that is prepared through rice polishing.

The water used is from a specific region in Japan that has a different minerality that influences the speed of fermentation.

The yeast is developed by the prefecture and contribute to the specific aromas and flavors of the rice wine.

And koji is a mold that is carefully distributed over the rice to convert the starches to sugar.

To make sake, the sake rice is first polished, washed, and steamed. Then it is sprinkled liberally and carefully with koji and added to cool water to sit. Then the yeast is added to ferment for a little over a week.

Of course, each ingredient must be carefully selected and treated for the brewing process to go smoothly and in order to make good quality sake.

Thus, sake is a fermented drink, not a distilled one. It is called a “wine” because the fermentation process is similar to that of classic wine made with grapes, but it can just as easily be compared to beer as it uses a grain and yeast for fermentation.

It gets a bad reputation as hard liquor or distilled alcohol because of the way some people will take hot sake shots in bars, which is how the cheap stuff is usually served.

Good quality premium sake is typically served chilled and drunk slowly to appreciate the taste. It is how you should properly drink sake.

How Much Alcohol Is in Sake?

Another reason sake is likened more to wine than beer is the alcohol content.

Thus, sake is considered a stronger alcohol that beer and even than wine, though still significantly less strong than hard liquor. 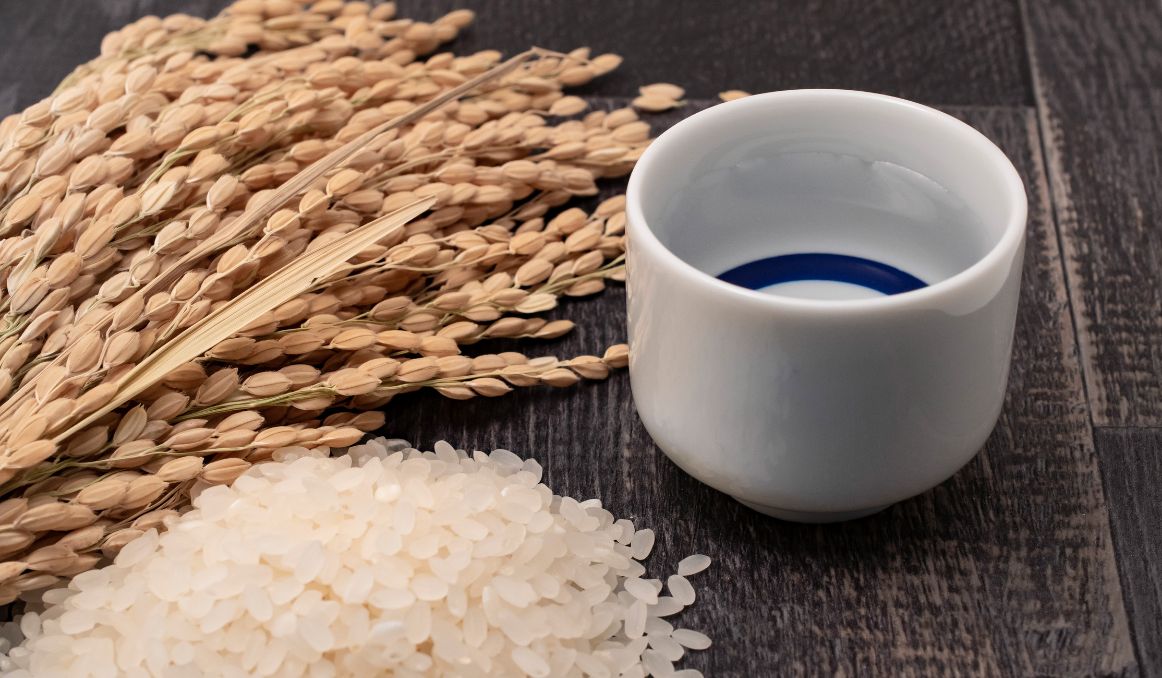 It would seem the question of whether sake is distilled or fermented stems from this question of alcohol content and the strength of the drink, so it bears examining the difference between the two processes.

In short, the real difference between fermentation and distillation is that distillation takes the alcohol process one step further.

With fermentation, be it of wine, beer, or sake, or even of kombucha or other tea or fruit drink, the process is simple.

The grain or fruit is malted or kilned if necessary. With fruit this step is rarely necessary as it is already full of sugar.

The kilning process brings out the sugar enzymes to attract the yeast for fermentation.

Then, the grain is cracked through a grinding process, and the fruit is crushed. Both of these steps are done in order to release those sugars and allow the best possible access during the brewing process.

During the fermentation process, the yeast consumes all of the sugar in the liquid and converts it to alcohol, carbon dioxide, and hundreds of other micronutrients and chemical compounds.

At this point, brewers or vintners can add anything they like for extra flavors and aromas. In beer, herbs like hops are typically added to cut down on sweetness. In wine, extra sulfites are usually added for preservation.

And that, as they say, is that. Fermentation is complete after a few days, a few weeks, or even a few months, depending on the end product desired.

Now, to achieve distillation, which produces hard alcohol, all of the steps of fermentation must still be followed.

Next, however, the end resulting liquid is “distilled,” which is just to say it undergoes a process that steams the liquid to a vapor, the vapor is then captured by tubing, and that vapor is then solidified once more into a liquid.

Essentially, the fermented liquid is brought to its most basic contents of alcohol and flavor, evaporating out and reducing the rest of the compounds, thickness, and richness.

Even if you do not master yet the sake brewing process and you do not plan on opening a sake brewery soon, it would be a fun experiment to play with rice in home brewing and in crafting. Especially in the day and age of gluten free beer and combinations of flavors and aromas.

All you need is the basic ingredients, and the equipment necessary to get started, and you can make your own beer, wine, or sake, and play around with alcohol content and ingredients, the fermentation process, and more.

Sake would be a fun one to experiment with as it is even more basic than beer and wine. You’ll just need to get your hands on some koji.